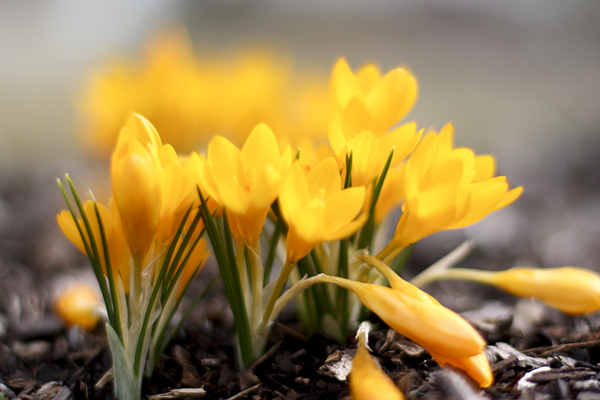 The crocus (crocuses, croci?) are all blooming their heads off right now. Last year the blooms were more sequential, but this year they've all come up together. These first photos show 'Golden Bunch', which is the first to bloom. 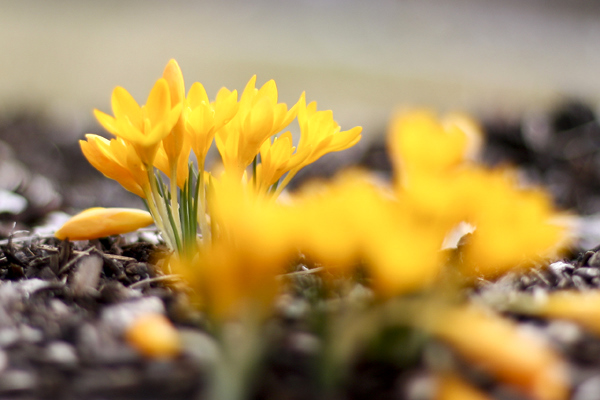 I don't do a whole lot of yellow in my garden, but after a long winter this cheerful color is fabulous. This winter seemed especially long as I worked through several of health problems. After a couple of months of being stuck on the couch, it feels absolutely glorious to be able to move around. 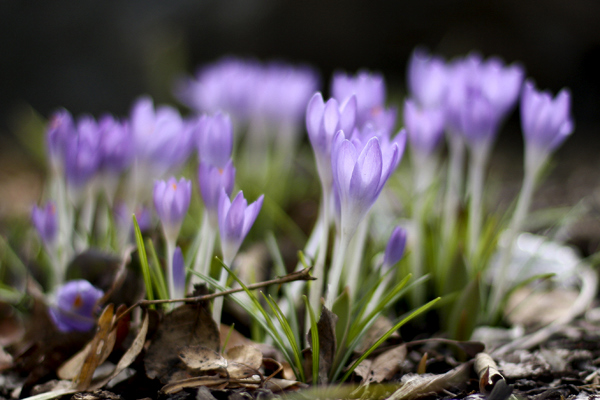 These next photos show Crocus tommasinianus 'Barr's Purple'. Tommies, as these crocus are affectionately known, are supposed to be good naturalizers. They've definitely lived up to that reputation in my garden. Each clump has nearly twice as many flowers as last year, it seems. 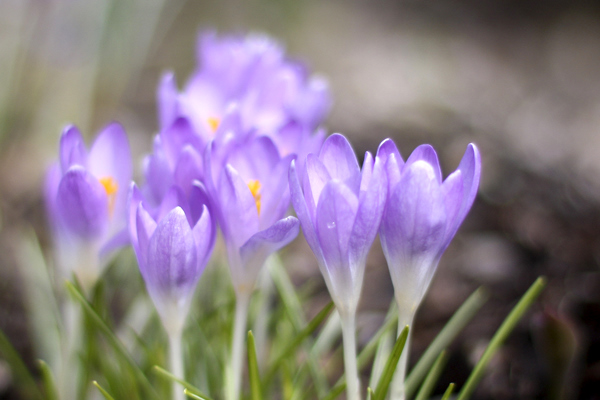 My crocus population should explode in a couple of years when the seeds that were produced last year reach flowering size. I really need to go out in June and take pictures of the seed heads if they form again. I had never heard of crocus forming seeds - usually one hears about them multiplying by corm, underground. But last year these white 'buds' came up from the clumps in June and turned out to be filled with little, round, brown seeds. 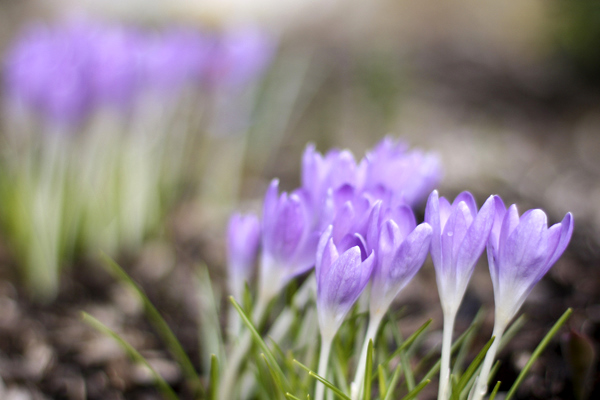 I'm not sure if seeds form every year or only when a long, cool spring allows the leaves to persist for a long time and produce enough energy for seed-making before frying in summer's heat. Does anyone have experience with this? 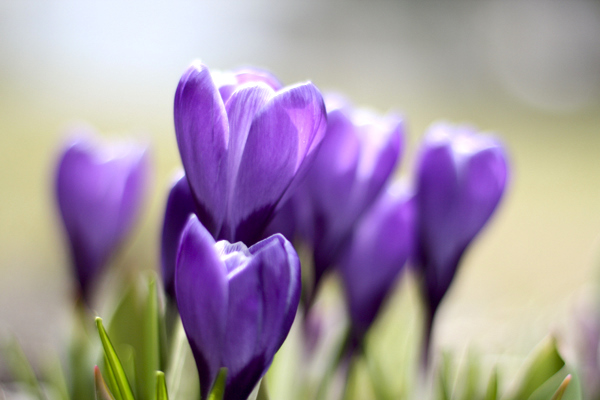 These last photos show Crocus 'Grand Maitre', which has larger flowers and blooms later than the other two types. 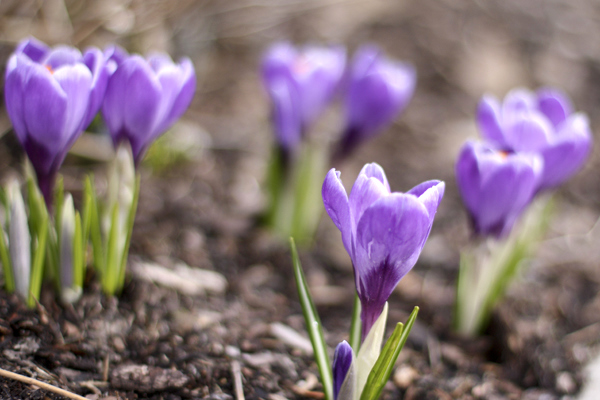 Some of the hellebores are blooming now, and I just confirmed today that all of them have at least a few buds growing so none were lost to the winter. A few miniature daffodils ('Tete a Tete') were blooming yesterday, and my daughters each cut a stem to bring inside and put in a tiny vase. Sweet. 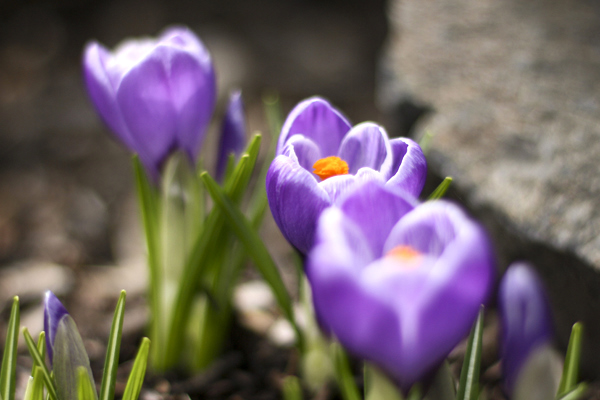 There is a ton of work to be done in the garden, and my energy level isn't back to normal. Thank goodness next week is spring break, when I can pay my son the princely sum of $2/hour to clean out the beds that are still full of last year's dead material. Hubby also volunteered to help, thank you dear. We'll get it done somehow.
14 comments: