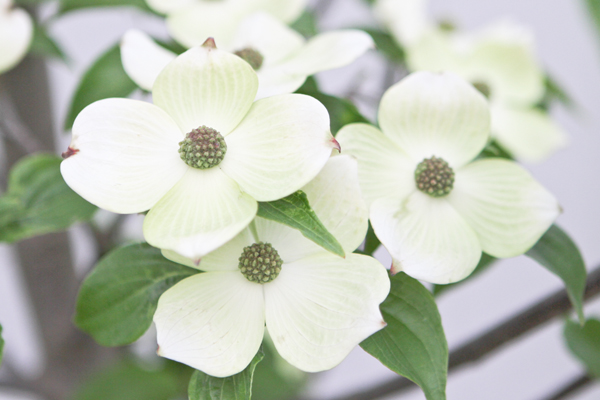 Dogwoods are my favorite flowering trees.  I was already growing a white Cornus florida, a dark pink C. florida, a 'Stellar Pink' C. florida x C. kousa hybrid and two 'Heart Throb' C. kousa dogwoods when the owner of a local nursery told me about a vigorous new hybrid called 'Starlight.'  This C. kousa x C. nuttallii hybrid came from Rutger University's dogwood breeding program, which also created 'Stellar Pink' and the popular 'Venus.'.   After hearing the enthusiasm of this experienced nursery owner (who has been selling plants longer than I've been alive), I found places to plant three of them. 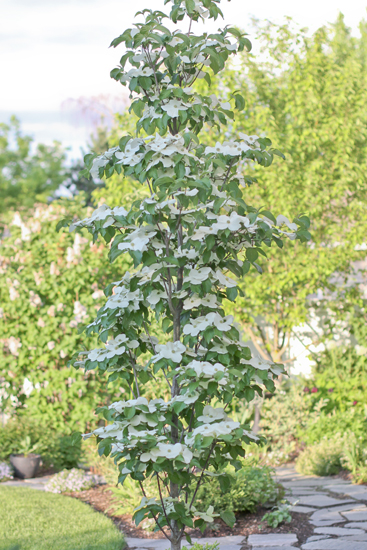 And they have lived up to the hype so far.  My 'Starlight' dogwoods are vigorous, upright growers.  The Rutger's program reports that no insect or disease problems have been seen on the original seedling in nearly thirty years of growth. 'Starlight' can grow in USDA Zones 6A through 9. 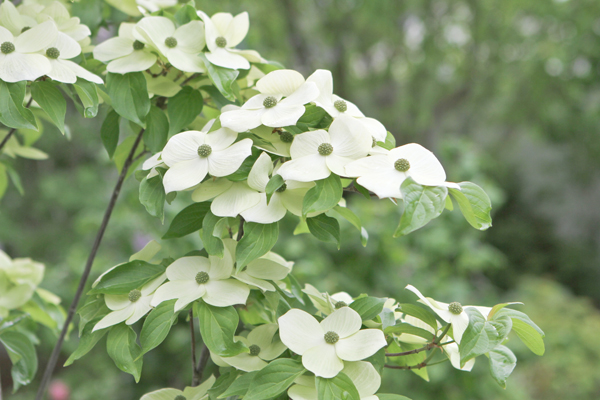 The 'Starlight' flowers are gorgeous, large, plentiful and incredibly long lasting.  I observed flowers emerging last year in May when my crabapple trees were blooming, and the flowers were still beautiful on the dogwoods when my astilbes bloomed in early July.  We had a cool spring, but even so that's an incredibly long flowering time for a tree.  In contrast, my crabapple tree blooms generally last less than two weeks.  And my crabapples need a lot of pruning to keep a nice shape, while my dogwoods have a beautiful natural growth habit. 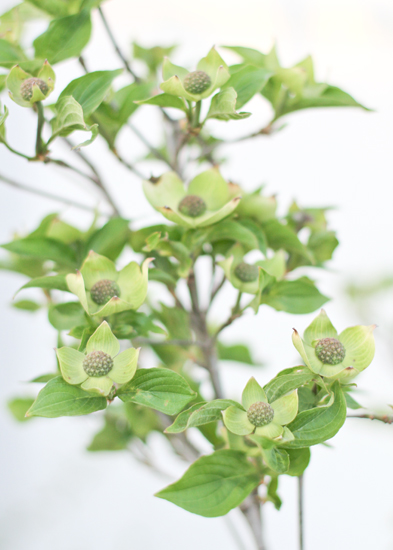 Here is a photo of the emerging blooms.  The flower petals are actually bracts, which helps them last longer.  As you see, they emerge green before maturing to white.  In fall small reddish fruits develop and the leaves turn maroon before dropping. 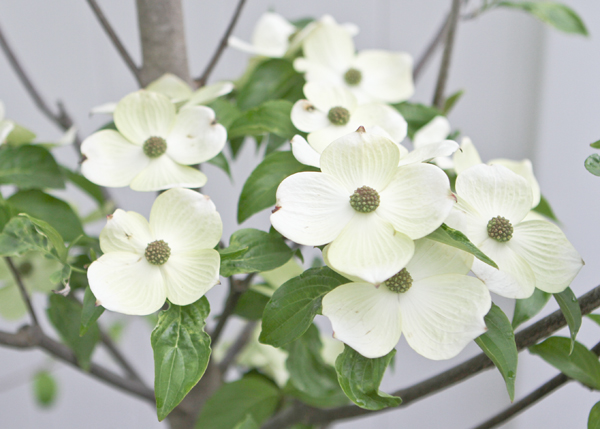 Dogwoods grow as understory trees in the wild, so they generally don't grow as well in intense heat (like up against a west-facing wall).  My three trees are all growing in partial shade, and they seem very happy.  Dogwoods prefer rich, moist but well drained soil, so I have added compost to the surrounding soil and I make sure they get regular water.  Rutger's reports that 'Starlight' has decent drought tolerance once established, though it surely grows better with regular moisture. 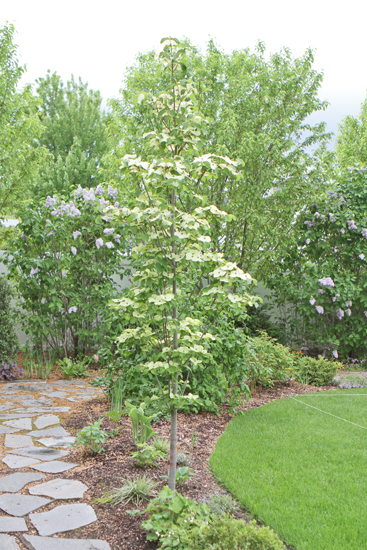 I planted this 'Starlight' tree two years ago, and it has already put on a lot of new growth.  Eventually it should grow about twenty five feet tall and twenty feet wide, though I'll prune it to keep it narrower in my small yard. 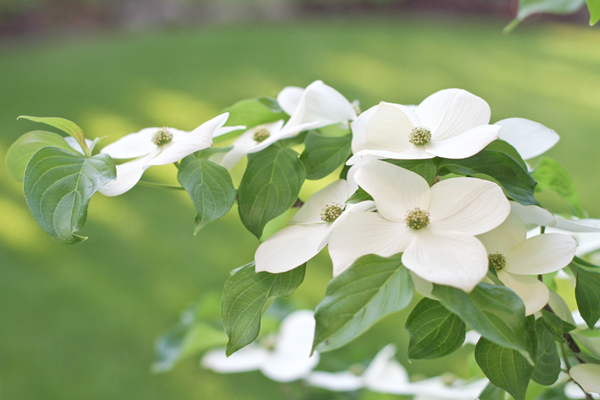 I spent time reading about all the new dogwood hybrids released by Rutger's University (http://agproducts.rutgers.edu/dogwood/varieties.html) , and I'm glad I chose 'Starlight.'  The local nursery owner favored it over 'Venus' because of its vigor, though 'Venus' has slightly larger flowers.  'Starlight' is supposed to bloom one week earlier than 'Venus' as well. 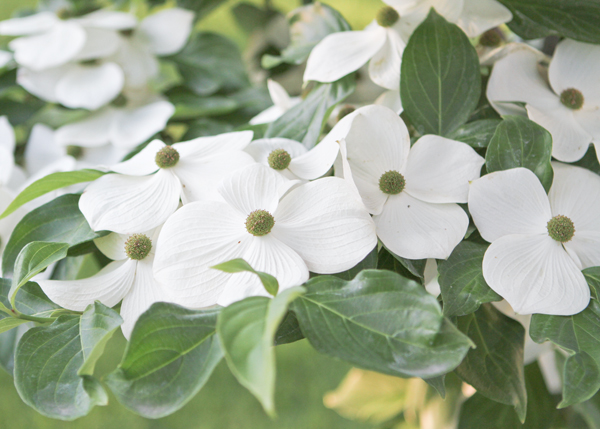 Once again I find myself feeling very grateful for innovative plant breeders who create improved hybrids for me to enjoy in my garden.  I've been delighted with my three 'Starlight' trees already and look forward to watching them become even more beautiful as they mature.
1 comment: