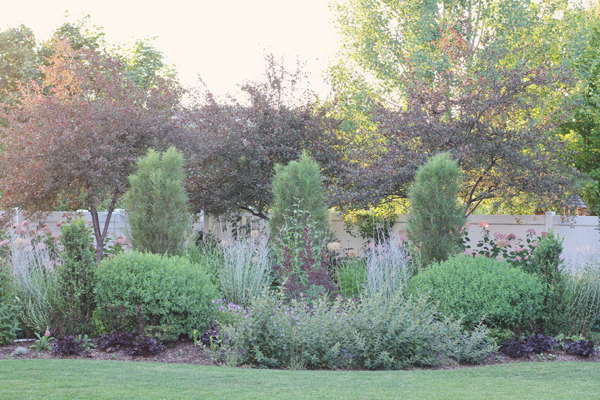 It's definitely feeling like summer now with hot temperatures and clear, blue skies most days.  Even though the big June burst of bloom is over, I've still got quite a few flowers in the garden.  Above the Russian sage (Peroskvia) is coloring up while the 'Blue Chip' butterfly bushes (Buddleia, at front) have yet to start blooming. 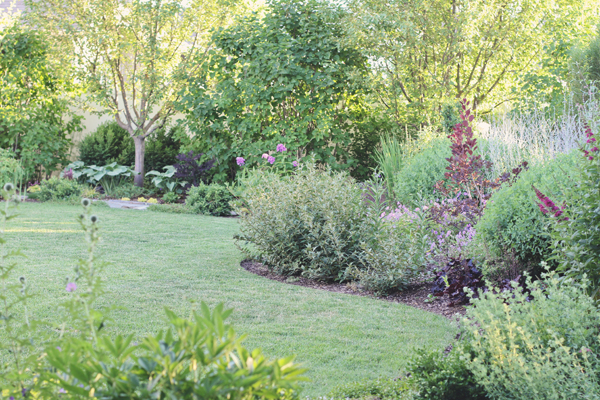 This angle of the main sunny backyard bed shows a 'Miss Molly' butterfly bush starting to bloom (the hummingbirds are cheering) at right and a few 'Blue Paradise' phlox at center.  The blue leaves of 'Eola Sapphire' hostas and 'Ritro' globe thistle (Echinops), golden 'Dicksen's Gold' bellflower (Campanula), and maroon 'Chocoholic' snakeroot (Cimicifuga), 'Obsidian' heuchera and 'Royal Purple' smoke bush (Cotinus) ensure there is contrast even without a lot of flowers. 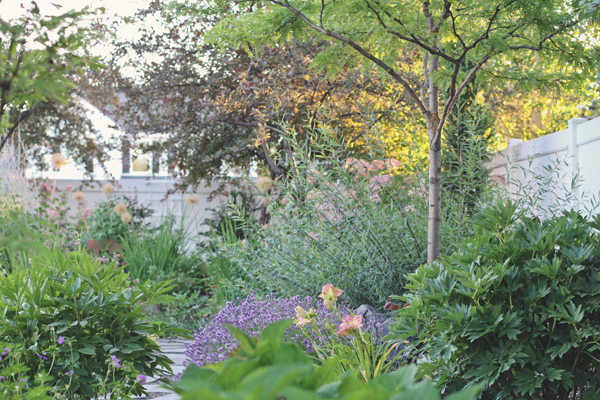 A cluster of 'Thumbelina Leigh' lavender shrubs are in full bloom behind a 'Lavender Stardust' daylily (Hemerocallis).  I thought I was done transplanting in the corner pictured, but I was wrong.  I'm still digging things up and moving them around, despite the hot temperatures. 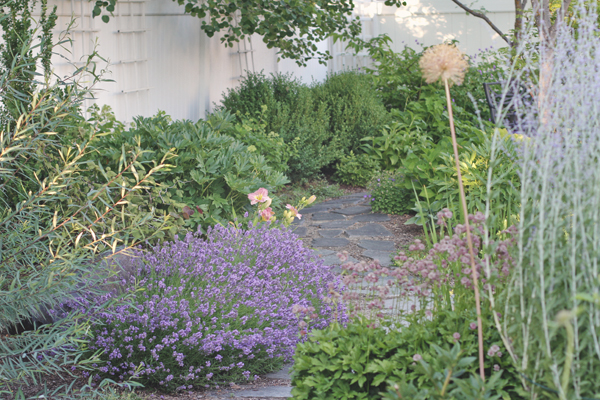 This shot shows the same cluster of lavender shrubs from the other direction.  'Abbey Road' astrantia is blooming heavily across the path, and a few 'Ambassador' allium heads are still hanging around for interest. 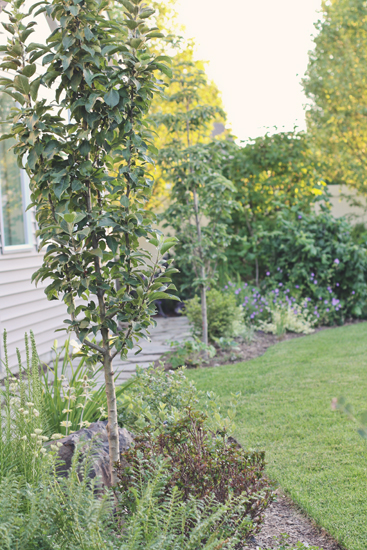 A columnar apple tree in front echoes the shape of my new 'Starlight' columnar dogwood at center.  'Shaggy' white astrantia and a 'Sunday Gloves' daylily bloom at bottom left while buds of white liatris (L. 'Alba') are ready to open. 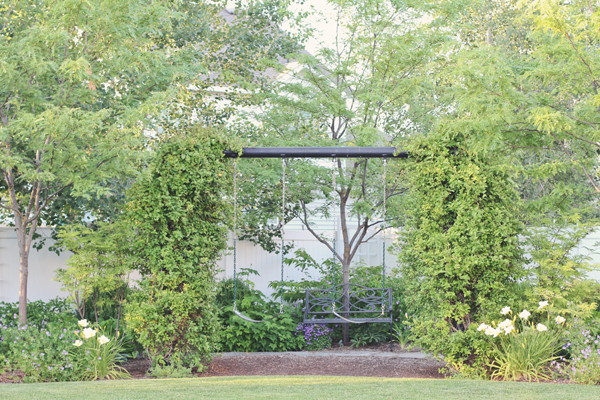 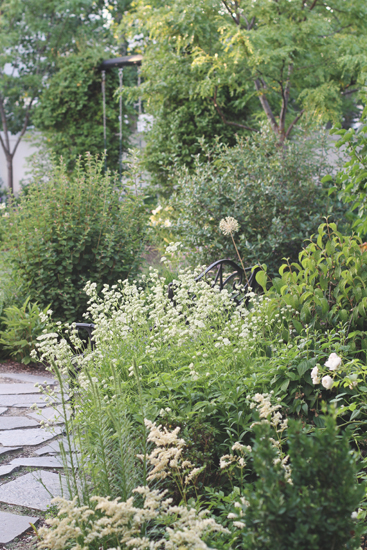 In the white garden 'Bridal Veil' astilbe is finishing up in front while Astrantia major is going strong at center.  My 'Claire Austin' English rose is still getting established, so it's stems are falling all over from the weight of the flowers. 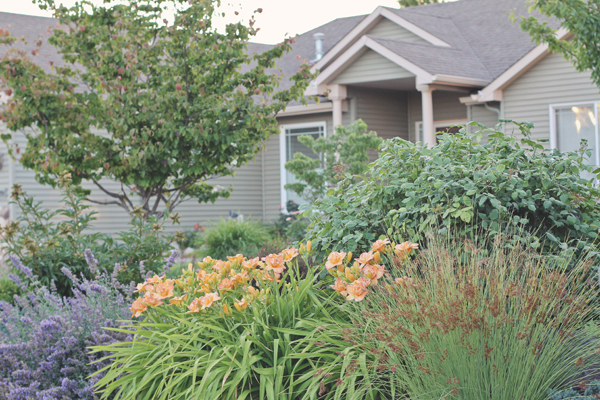 In the front yard 'Frances Joiner' double daylilies are blooming heavily next to a 'Walker's Low' catmint that needs to be deadheaded soon.  I like the peachy color of the daylilies, but last night I realized that I'd like lilac-pink 'Lavender Stardust' daylilies even better here.  More transplanting lies ahead . . . 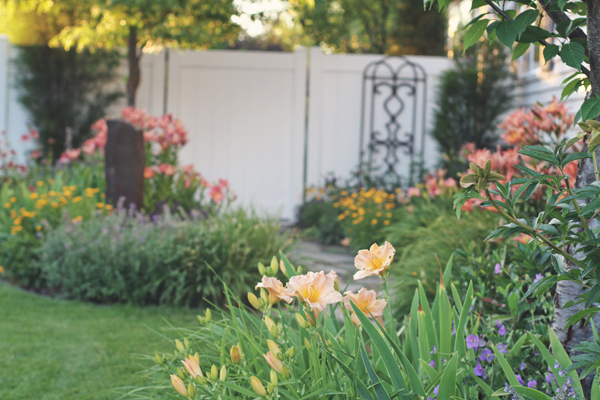 The west garden is colorful as usual with several types of lilies in bloom as well as 'Golden Sunrise' tickseed (Coreopsis) that has seeded itself around the area.  Thanks to Carol at May Dreams Gardens for hosting Garden Bloggers Bloom Day each month.
3 comments: