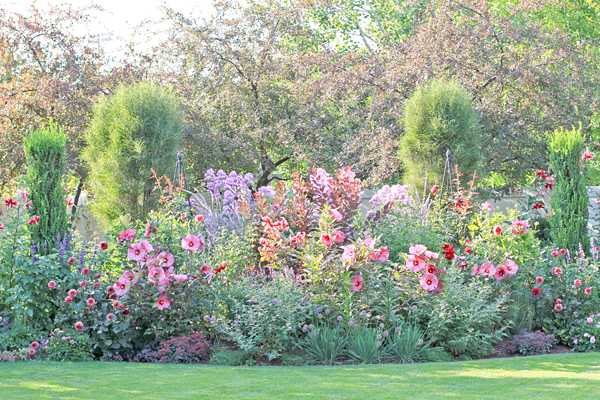 Somehow I never posted these photos from August last year, so I'll happily do it now in the middle of winter.  After years of trying new perennials and moving things around, I finally had plenty of late summer color in this area. 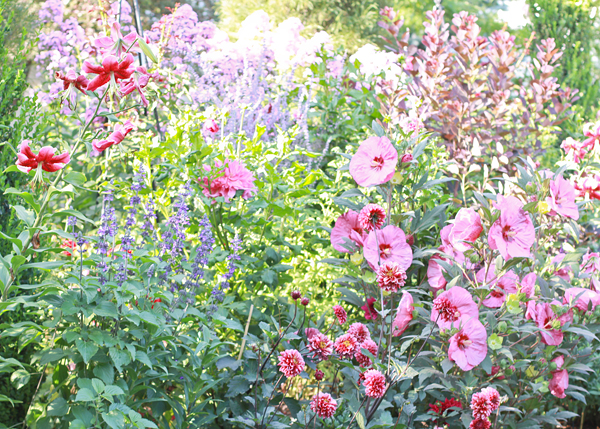 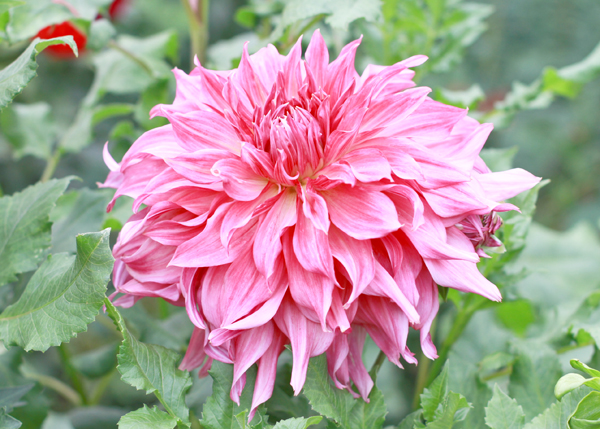 The 'Penhill Dark Monarch' flowers were huge and saturated with deep pink color.  The tall plants needed better staking so they didn't lean forward as much, but they produced quite a few flowers as they flopped all over the other plants. 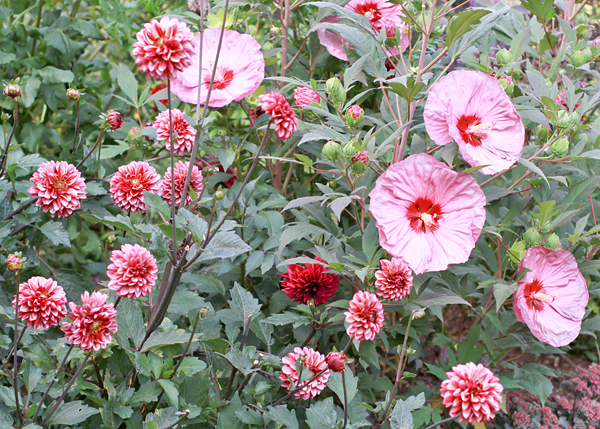 'Seniors Hope' was another new dahlia for me, and I was really impressed with its prolific blooming, dark leaves and long, strong stems that were great in the garden or for cutting.  Its complex blend of burgundy and cream with gold and silver dusting looked great with the 'Berry Awesome' hardy hibiscus. 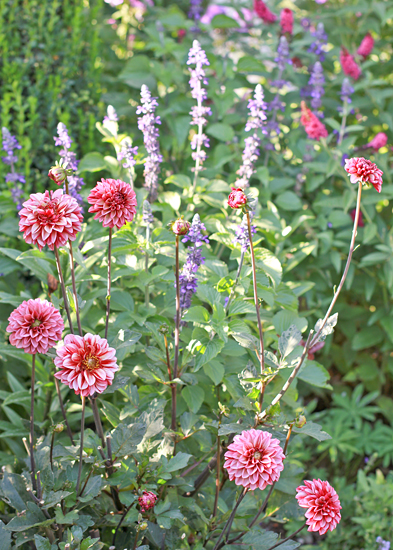 'Seniors Hope' also looked nice with the 'Big Blue' salvia and 'Miss Molly' butterfly bush in this shot.  I grew 'Big Blue' from seed, and it earned the name with a larger stature than other S. farinacea hybrids. 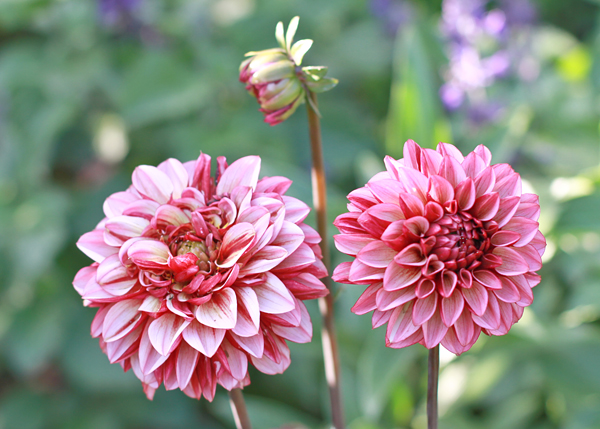 Here is a closeup of the 'Seniors Hope' blooms, with an aged flower on the left and a newer bloom opening on the right.  Once the center stamens were visible, the bees loved to visit. 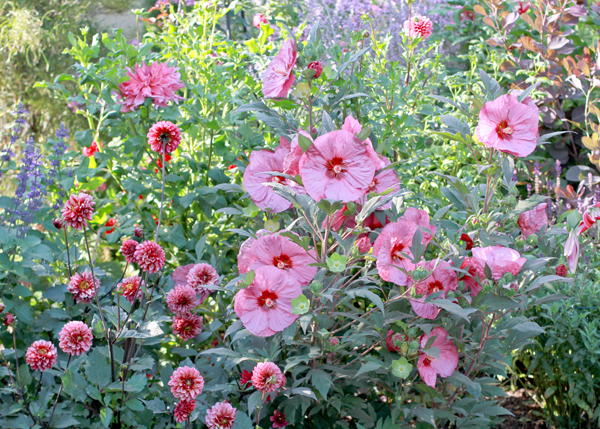 Here's another shot of 'Seniors Hope' and one of my three 'Berry Awesome' hardy hibiscus plants.  My hibiscus plants weren't fully mature yet, but last summer they produced showy flowers for several weeks.  Each bloom lasted for just a couple of days, but there were many buds on each stem.  The leaves on this cultivar were tinged with mauve and maroon, so the plant was showy even before the blooming started.  I highly recommend it. 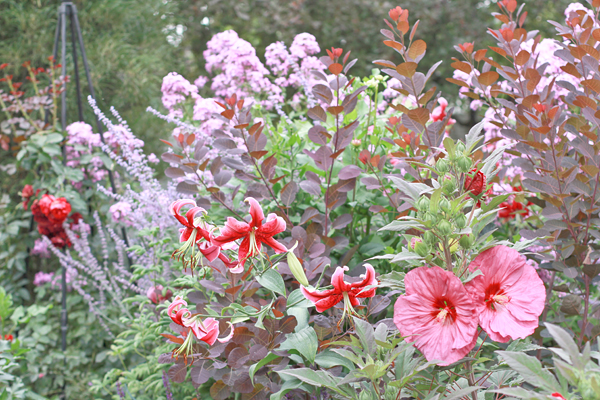 The dark centers of the hibiscus echoed the color of the 'LeVern Friemann' lilies and the 'Florentina' climbing roses growing on teepee supports.  Towering mauve 'Jeana' phlox was a very long blooming backdrop for this bed, and the lavender spikes of Russian sage made a nice contrast during its shorter bloomtime.  The maroon leaves of the 'Royal Purple' smokebush at the center of the bed provided interest even when fewer flowers were in bloom. 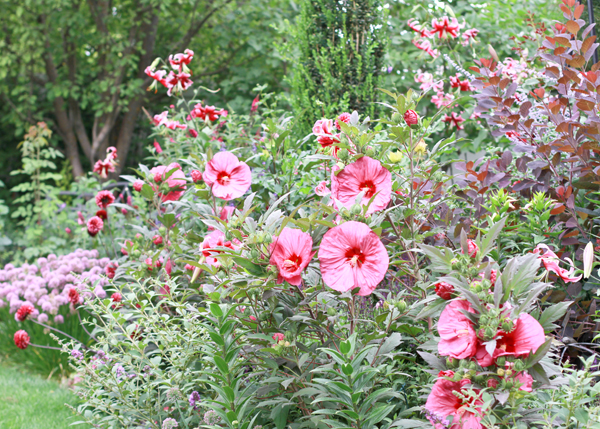 I'll finish with a last picture featuring the 'Berry Awesome' hibiscus, with 'Millennium' allium blooming at back left.  'Millennium' has been another strong performer with a long bloom time for several years.  The pollinators love it.  Last year I planted three baby 'Lavender Bubbles' allium in this bed, and I'm looking forward to watching them mature and add darker color during a later bloom time than 'Millennium.'
No comments: