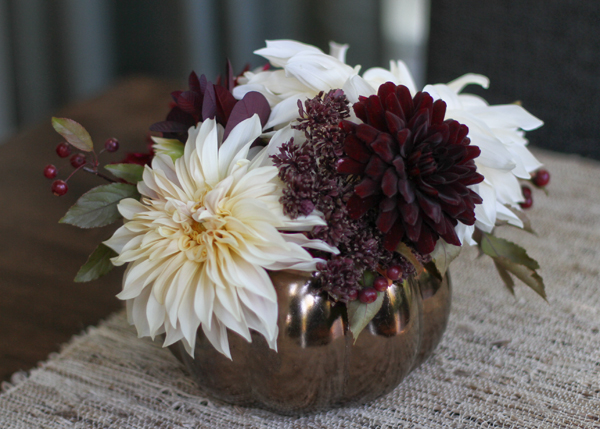 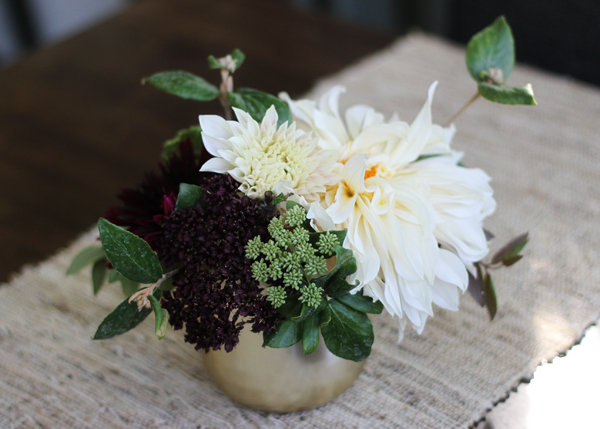 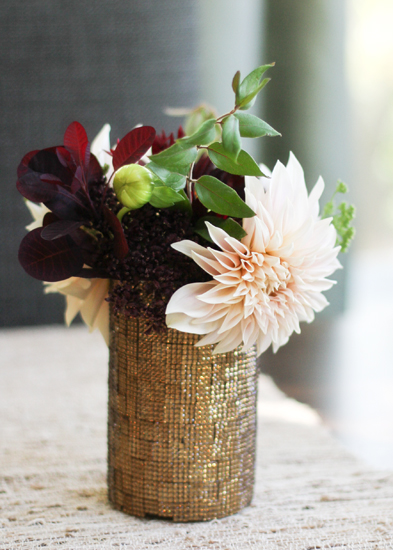 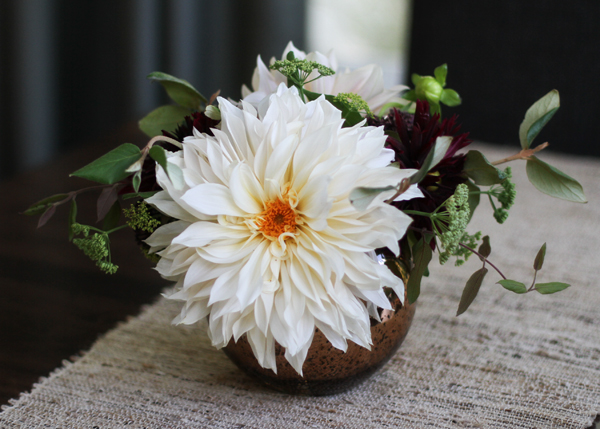 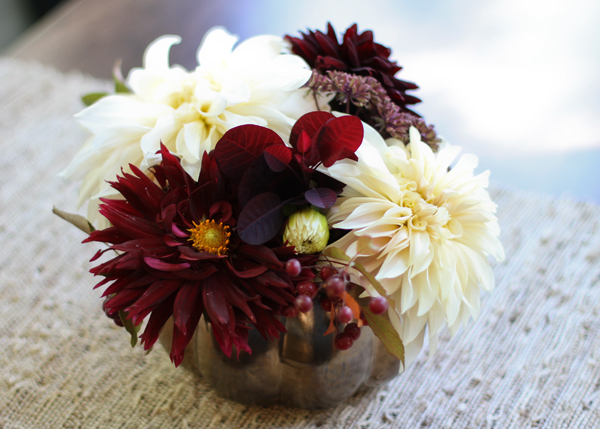 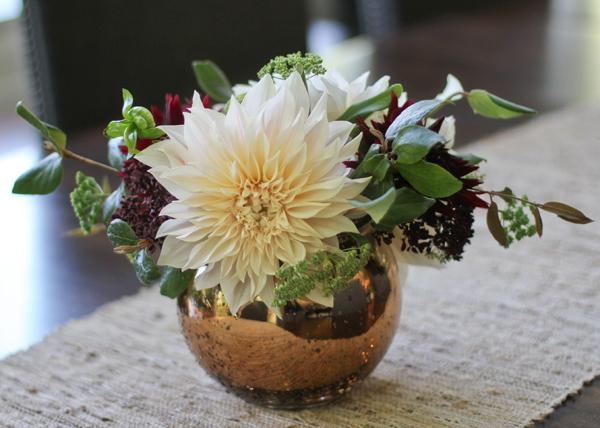 A final 'Cafe au Lait' bloom is held up by Korean spice stems and joined by parsley and Angelica seed heads.  Dahlias are so showy that they make it easy to create lovely arrangements.
No comments: