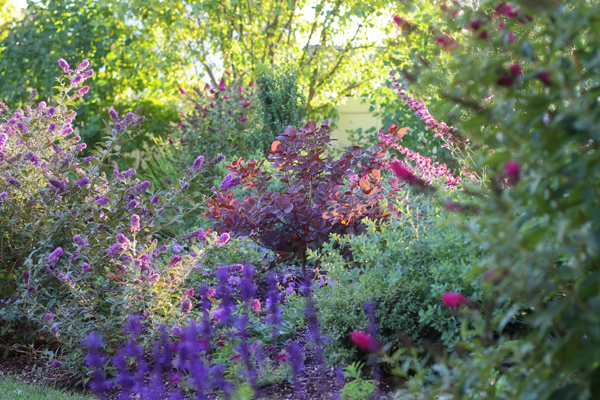 The air is getting crisp and fall colors are appearing in the garden.  In the shot above the burgundy leaves of a 'Royal Purple' smoke bush (Cotinus coggygria) play off the flowers of butterfly bushes (Buddleia), 'Victoria' sage (Salvia) and 'Ava' hummingbird mint (Agastache).  The smoke bush was growing in another spot in the garden until last week, when my husband switched it out for the 'Red Dragon' contorted filbert (Corylus avellana) that was unhappy in this full sun spot. 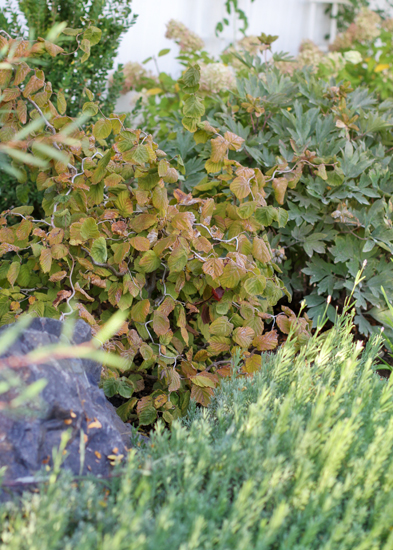 Here is the sad 'Red Dragon' filbert shrub.  I learned this summer that when it gets too much sun its leaves turn from lovely burgundy to this sickly shade of brownish-orange-yellowish-green, but now it is planted under the dappled shade of the honey locust trees.  Thankfully the 'Royal Purple' smoke bush likes full sun, so they should both look healthier next year because of the switch. 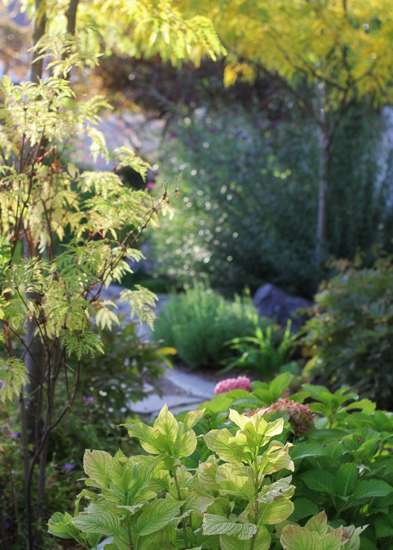 Meanwhile I am very happy to enjoy the evening sun as it sifts through the trees. 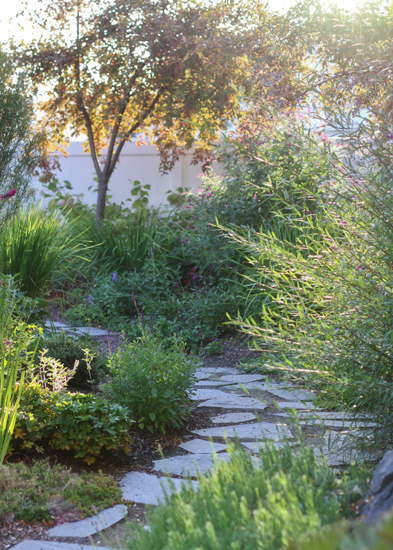 I love the sun from this perspective, too. 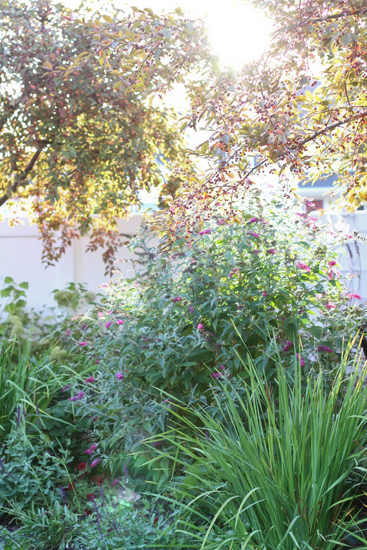 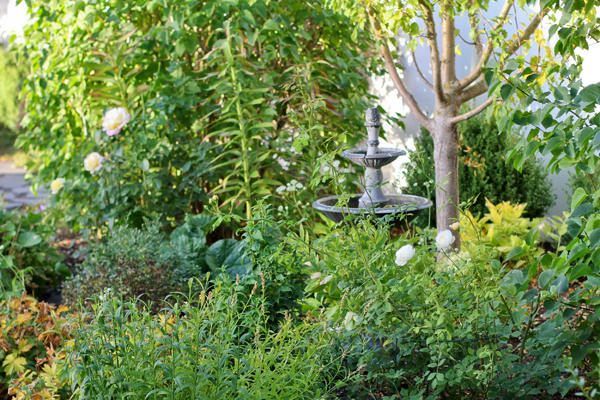 The white garden sports a few roses above yellowing leaves. 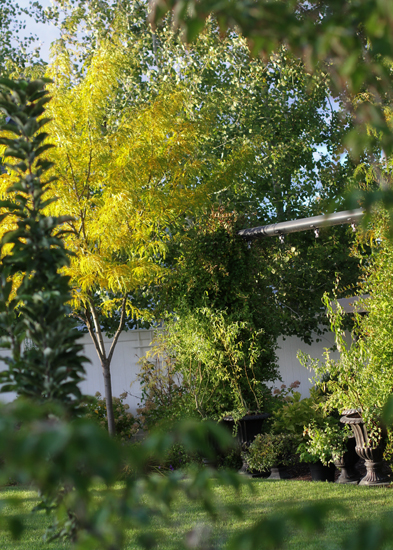 The honey locust leaves (Gleditsia triacanthos 'Shademaster') are usually the first to turn colors and fall, but the 'Spring Snow' crabapple trees are keeping up with them this year.  Soon we'll have plenty of raking to keep us busy, though not so much as if we had maples and oaks in the garden.
1 comment: 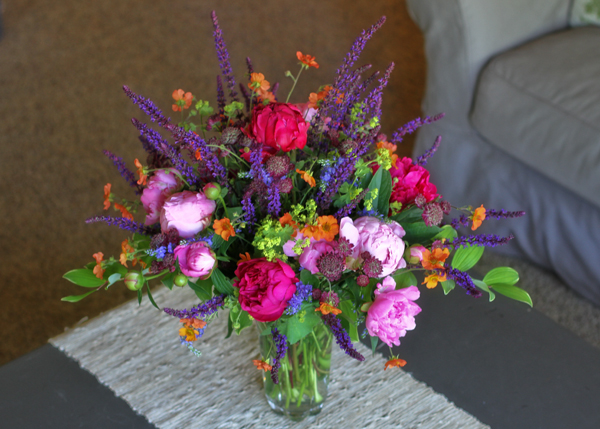 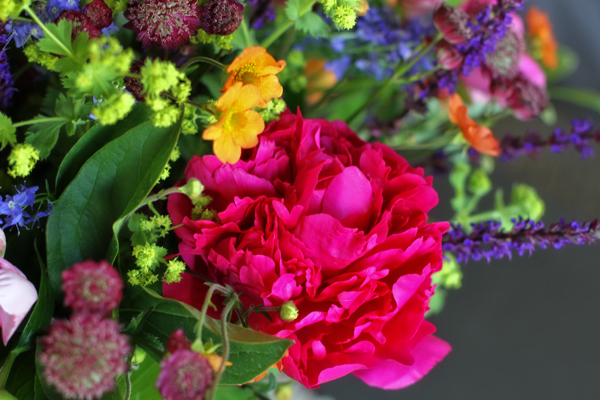 These dark peonies are really special.  As I wrote last week, I have been working this year to increase the number of deep pink peony plants in my garden. 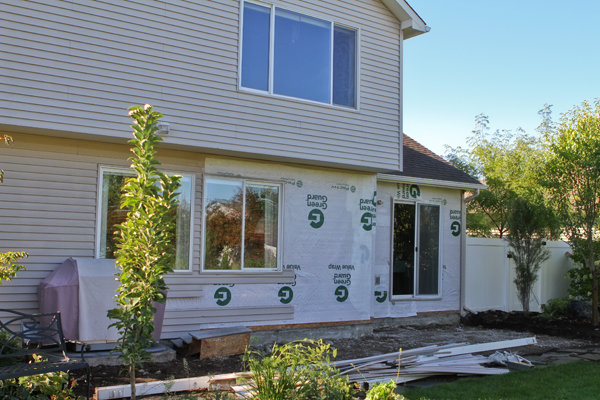 This week we were excited to begin construction on a project to add a new dining room to the back of the house and expand our cramped kitchen into the old dining space.  This photo shows the house after two days of demolition. 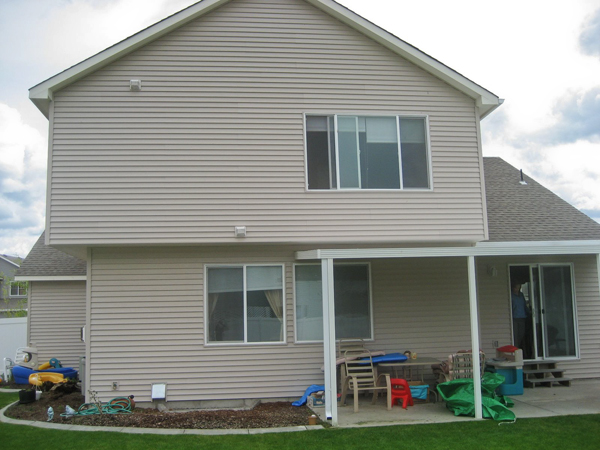 The photo above shows the back of our home when we bought it in 2007 (notice the lack of plants), but soon it will look like the drawing below. 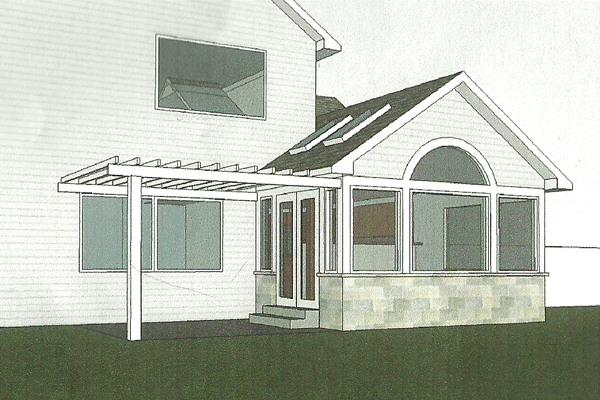 Construction will be a challenge with our busy family of six trying to maneuver around the mess. Thank goodness my kids are at school for most of the day now that summer is over.  Demolition was very noisy with a jackhammer running for most of the day, but my youngest son was fascinated with the process and watched out the window for hours.  Help with entertaining my little tornado was an unexpected blessing!  I will continue to post photos as construction continues. 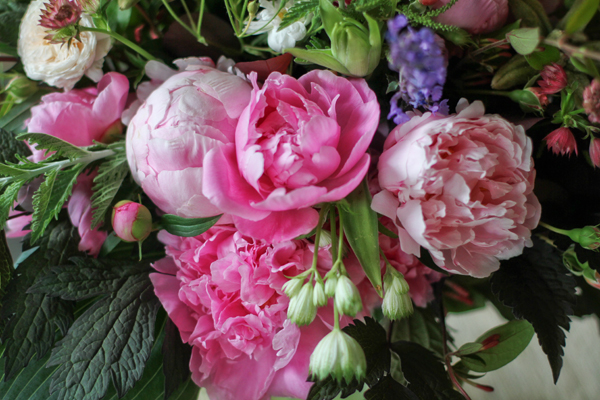 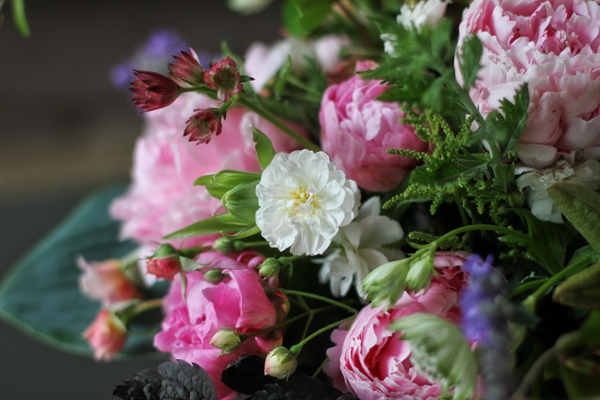 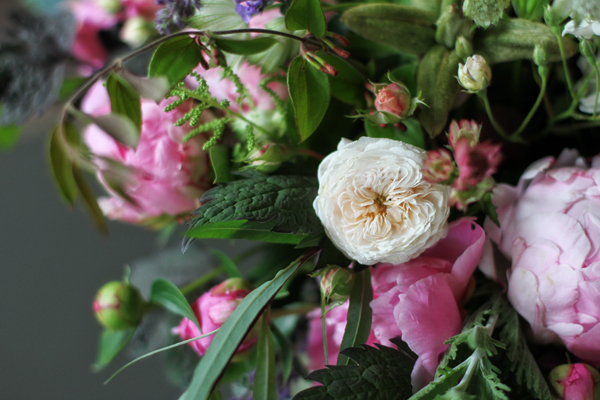 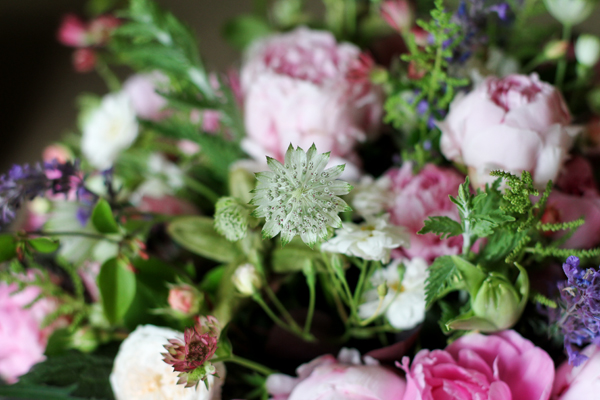 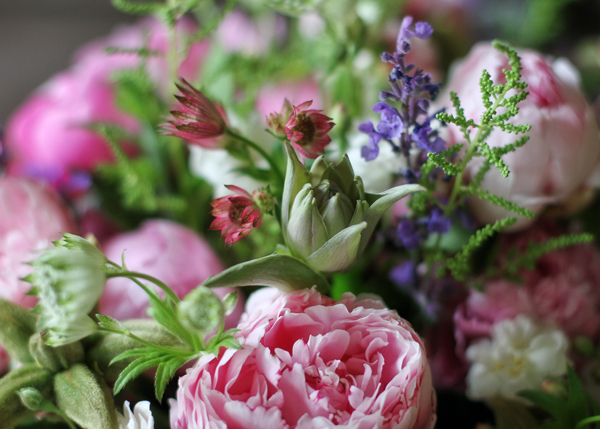 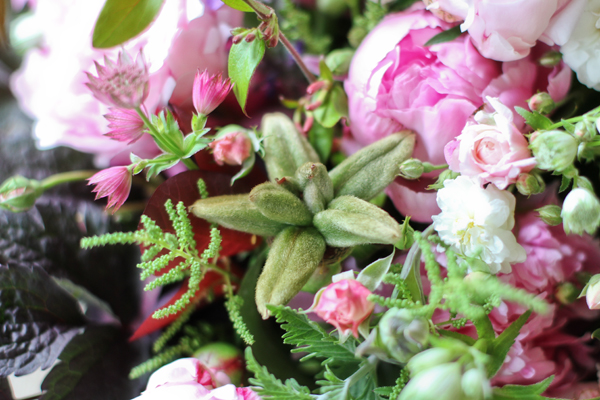 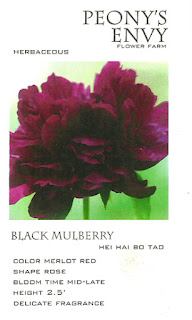 I started the season with thirty-some peony plants in the garden, but I didn't have enough of the deep colors.  So I divided my deep pink 'Paul M Wild' and 'Felix Supreme' plants, then added a completely new color, 'Black Mulberry,' above.  I also bought a chocolate-red 'Buckeye Belle' and ordered more 'Rivida,' 'Kansas,' 'Buckeye Belle' (one wasn't enough), and a new 'Green Lotus' to arrive bareroot this month.  When they all get going strong in a few years, June will pretty much be heaven around here!
6 comments: