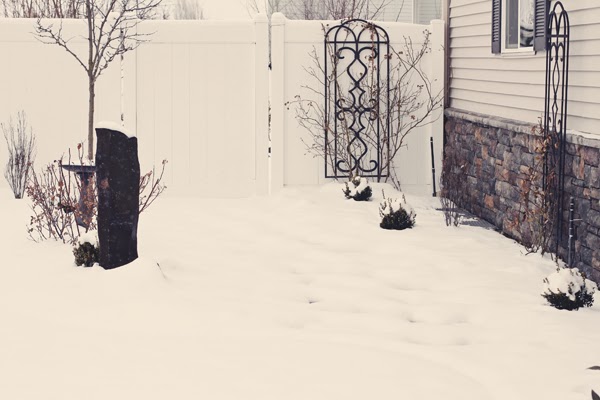 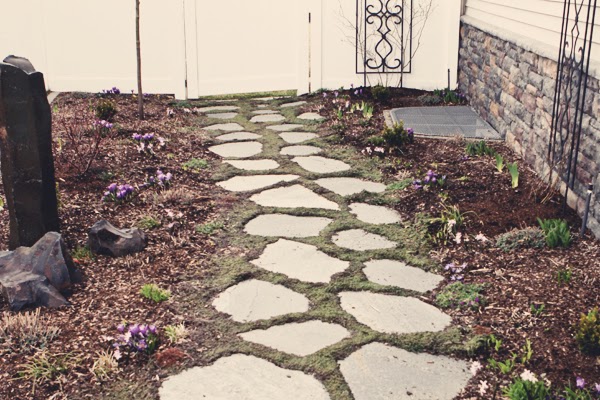 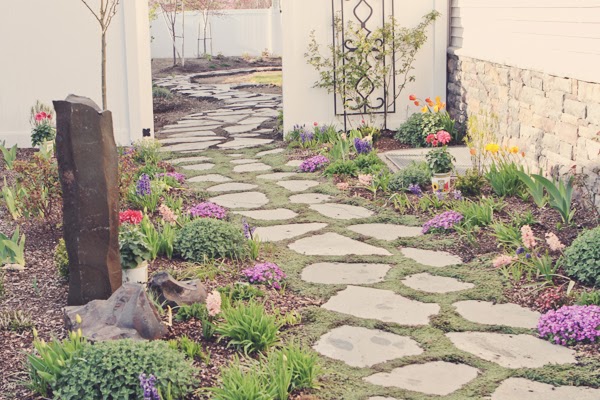 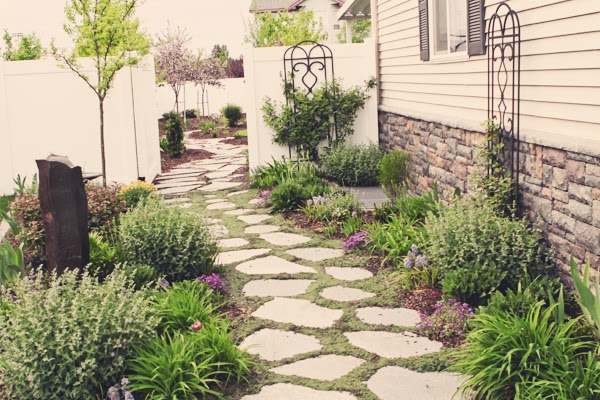 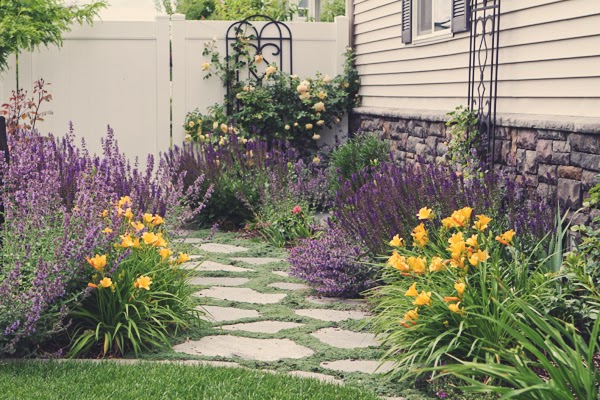 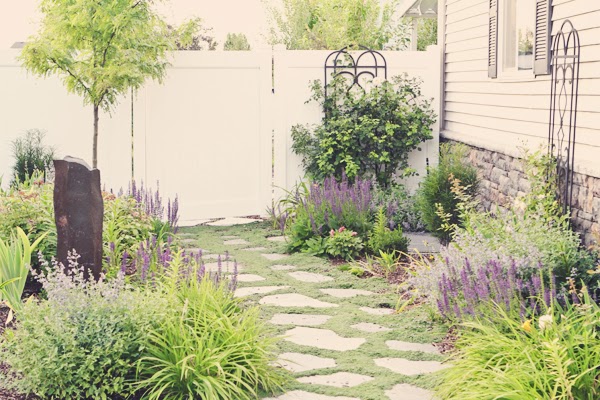 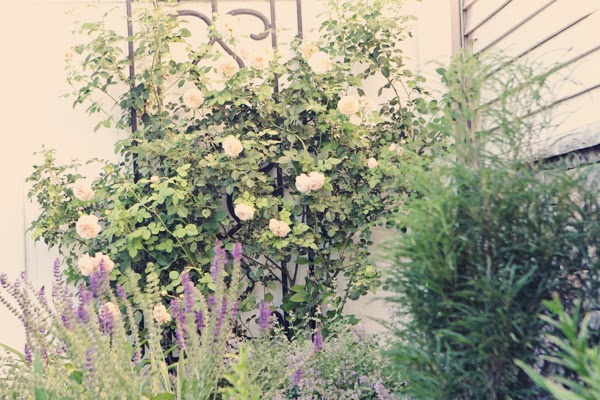 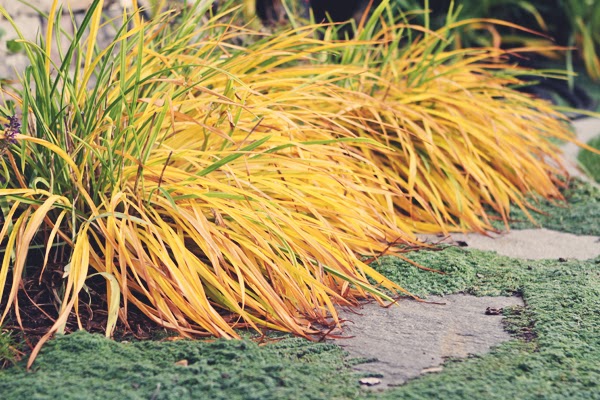 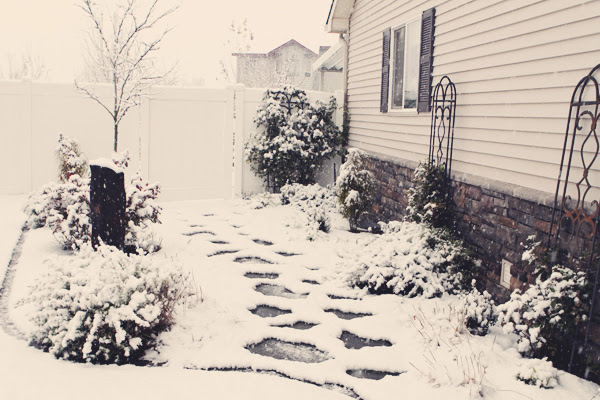 This photo was taken at the beginning of November, when winter began in earnest.  Spokane winters are long, but this one is almost over.  If we get a few warmer days to melt the snow and warm the soil, the earliest crocuses will start blooming soon.  Until then I'll just be glad to be warm inside instead of fluffing my feathers on a frozen branch with the poor robins.
3 comments: 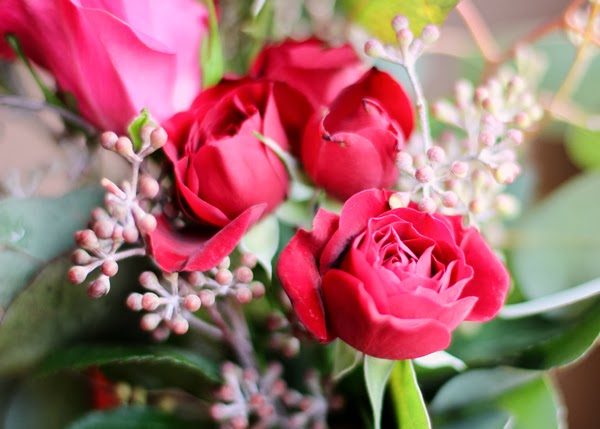 Nothing is blooming in my garden, but I put together several floral arrangements for Valentine's Day by using materials from the grocery store.  The red spray roses soften the stiffness of the pink hybrid tea roses. 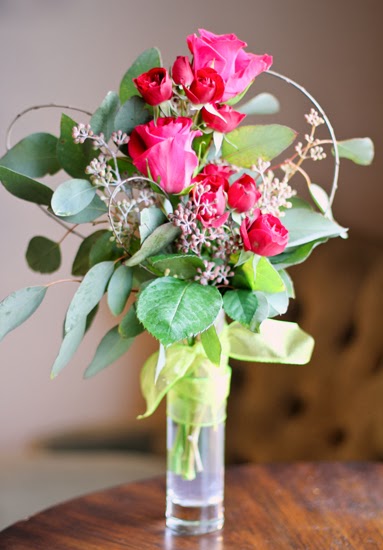 I fiddled around with loops of willow twigs from my dwarf Arctic willow shrub and noticed they made a heart when I included two.  Perfect for Valentine's Day! 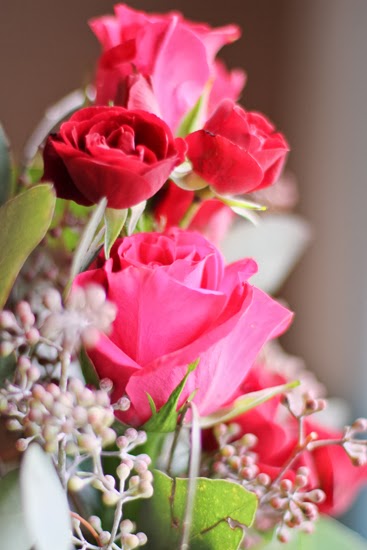 My daughters will help me deliver these to a few friends later this afternoon. 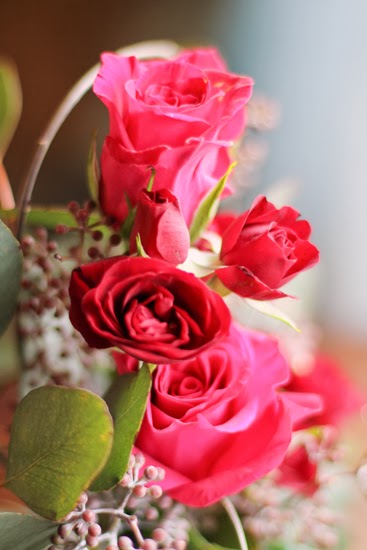 There isn't any fragrance, and my spearmint and peppermint plants are completely dormant in pots outside.  I should have visited the herb section at the grocery store and bought a bunch of mint to add a little scent to the bouquets. 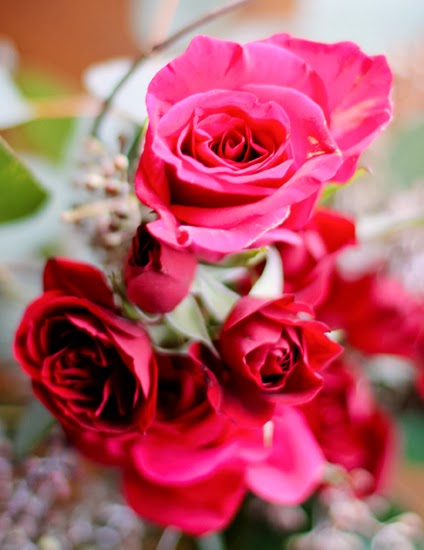 Despite their lack of fragrance, the bold colors make great eye candy. 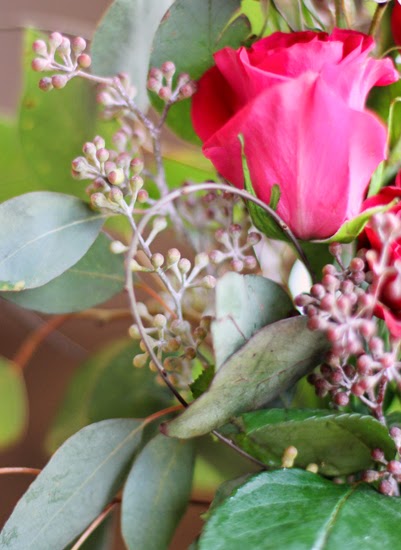 Seeded eucalyptus is a bargain when I ask the florist to sell me a whole bunch that hasn't been mixed with other greens.  This bunch offered some rosy shades to blend with the red and pink roses. 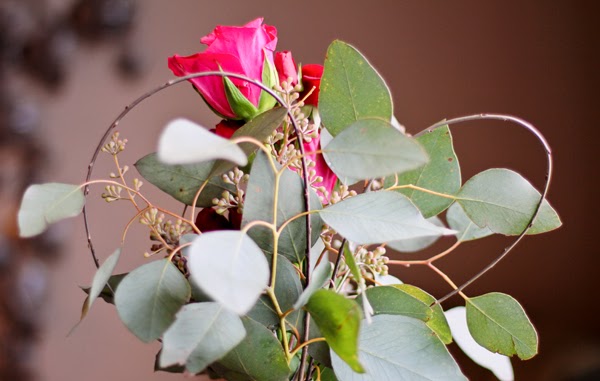 This is the back view of the willow heart.  It's fun to add an unexpected touch to an otherwise run-of-the-mill arrangement and include something from my own garden to share with friends.
1 comment: