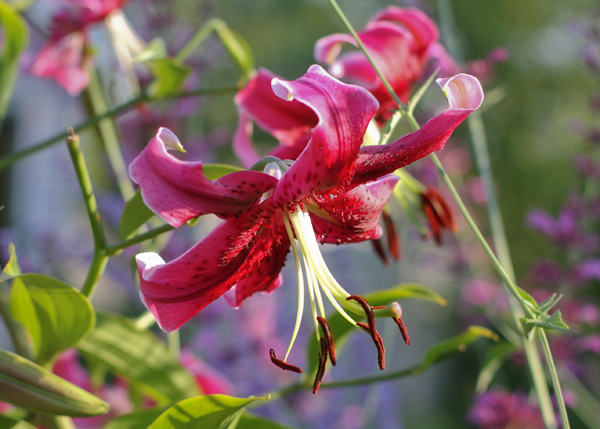 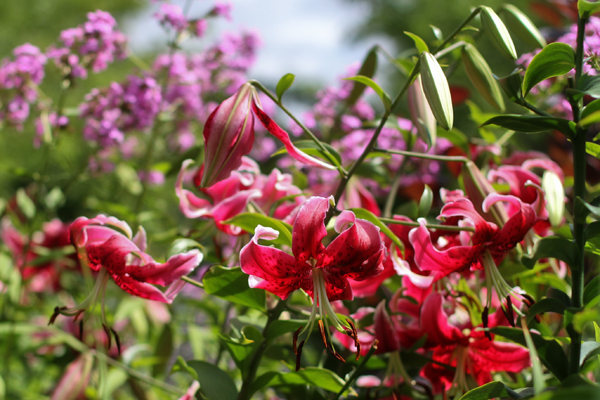 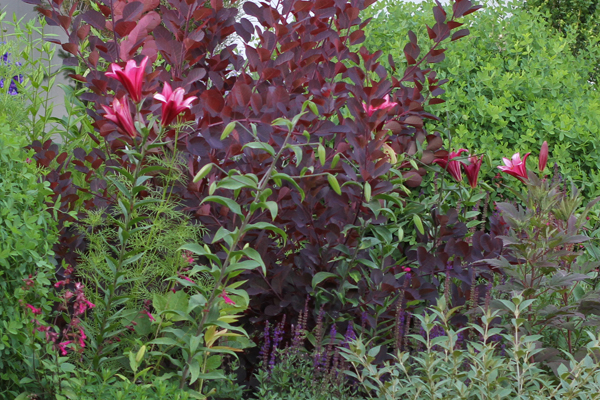 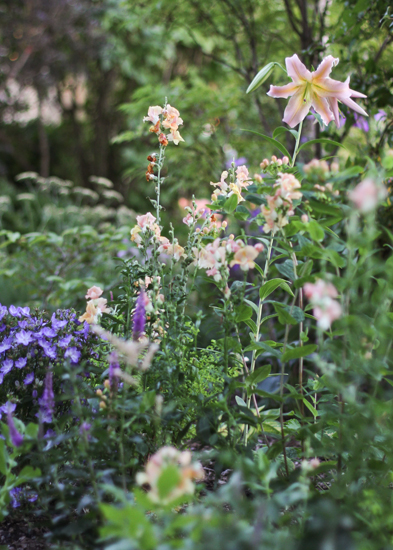 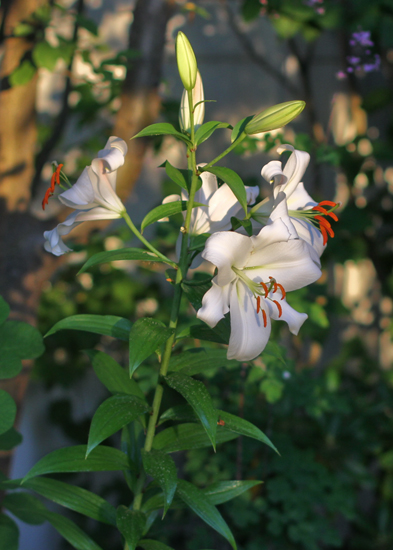 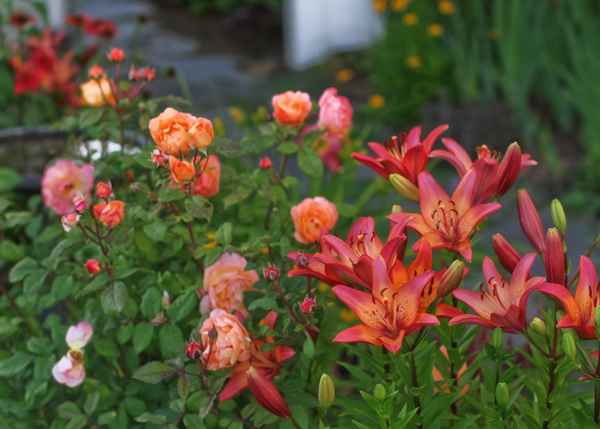 These 'Royal Sunset' lilies are an Easter x Asiatic hybrid instead of an Orienpet but have been growing and reproducing prolifically for many years despite less than ideal conditions in my west garden.   Their color is really lovely next to my David Austin 'Lady Emma Hamilton' rose.
The other Orienpets I planted this fall were deep pink 'Fujian' and maroon 'Formia', and I expect a decent performance next year from them since they came from B&D Lilies.  I also made a second order from B&D yesterday of a dozen 'Red Velvet' lilies, as RV is a triploid Asiatic hybrid that is known for being 'tough as nails' while producing old fashioned candelabras of deep red hanging flowers that look so pretty in the garden.
I'm grateful for beautiful lilies that add showy, elegant flowers to the midsummer garden after the peonies have finished and while roses are taking a break from blooming but before the dramatic dahlias begin.  They definitely draw the eye to their large blooms on tall stalks, and their fragrance is a delight.  I'm also grateful that the blooms on these types of lilies last longer than their daylily cousins, so the deadheading is less overwhelming.
No comments: