'Eglantyne' English Roses in a Vase 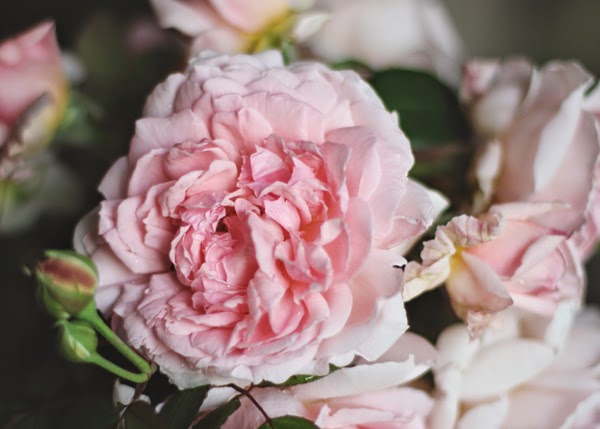 I managed to take photos of many of the floral arrangements I put together this fall, so here is another vase, very simple, of 'Eglantyne' English roses from a month ago. 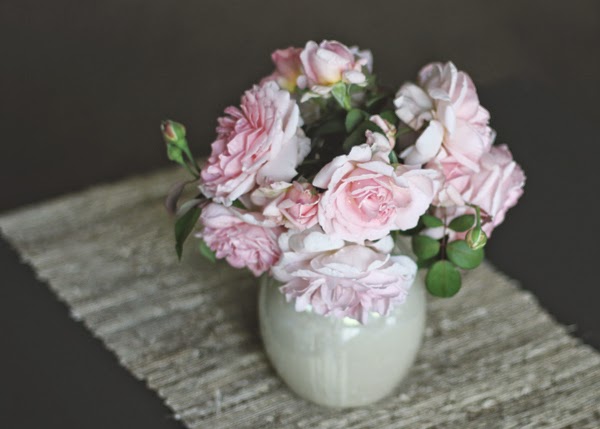 'Eglantyne' is one of my first English roses to bloom, usually in mid to late June.  After the first heavy flush, she sends out a few smaller blooms throughout the summer with another heavy flush of large flowers in the fall.  ﻿
﻿ 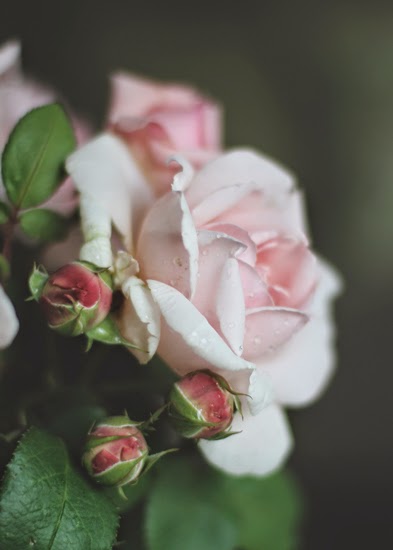 This fall has been so mild that there are still a dozen blooms on 'Eglantyne' right now.  Usually the spent blooms shatter and spread petals all over, but in this cool weather the aging flowers turn brown and dry out in place. 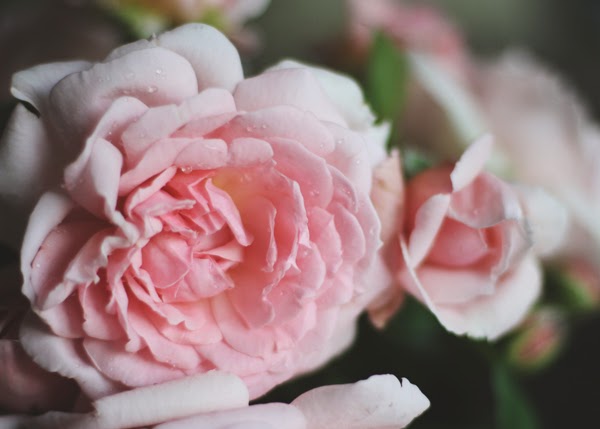 These blooms last well for several days in a vase, especially since the house is cooler now that it's fall.  ﻿ 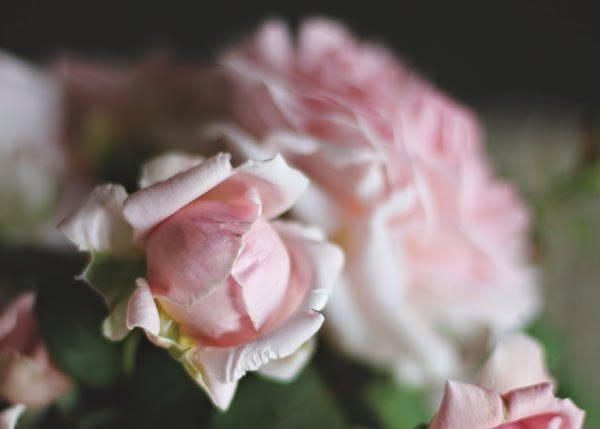 The drawback to using 'Eglantyne' as a cut flower is the awful, awful prickly thorns.  I should have worn gloves while arranging the stems in one hand before settling them into the vase.  Instead I just gasped a little as the thorns dug into my skin.  Again, and again.  Ugh. 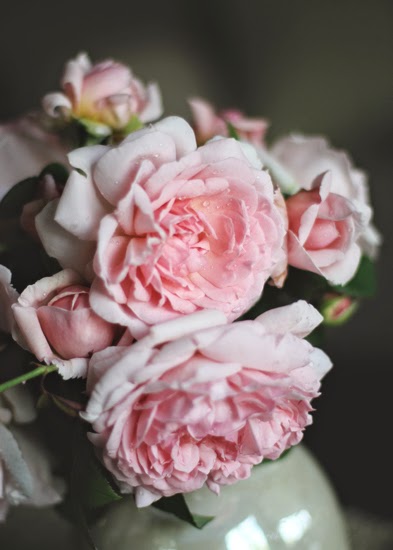 After the initial pain, I really enjoyed admiring these on my dining table while eating or walking by.  After many years of looking forward to this, it is such a delight to be able to bring flowers inside from my own garden. 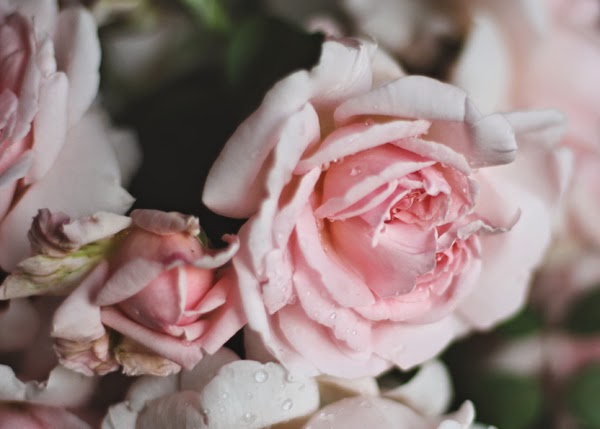