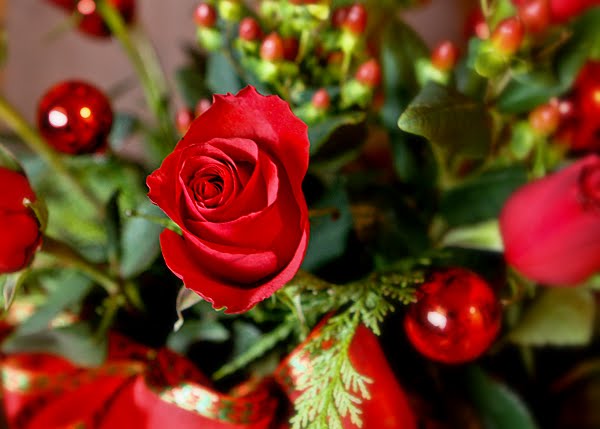 If it's about what you give instead of what you receive, then I've already had a wonderful Christmas. My idea to give away red roses as gifts was born when I gave flowers to my friend, Alvina, in October. She is a widow in her 80's. When I handed her a simple arrangement in a vase, she lit up like a candle. "Oh, thank you dear! I haven't had flowers in such a long time, dear." Her reaction made me want to give her flowers again. 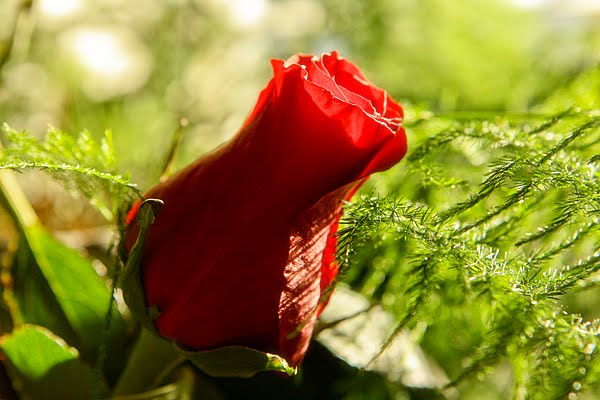 Costco.com offers bulk roses that are shipped directly from South America to your doorstep. Their current deal is 100 roses for about $80, including shipping and tax. These extremely fresh, long-stemmed roses are very different from roses that have languished in a florist's refrigerator for several weeks. They last longer and open beautifully. 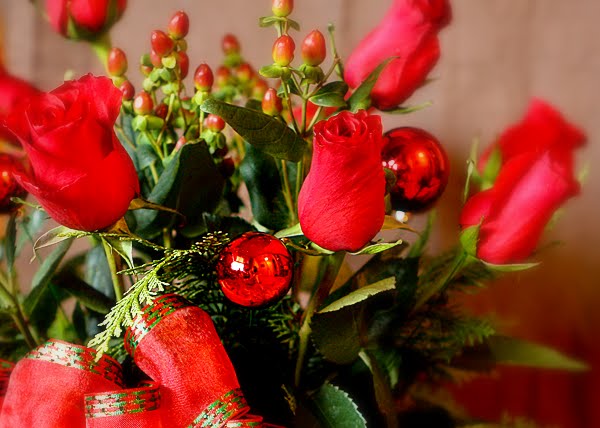 So I decided to give Alvina, my grandmother, and other local friends red roses for Christmas. Then I was asked to help with gifts for the female staff members at my husband's workplace. Hmmm, shall we give them . . . . red roses? Another order was placed to make 8 arrangements of a dozen red roses each. 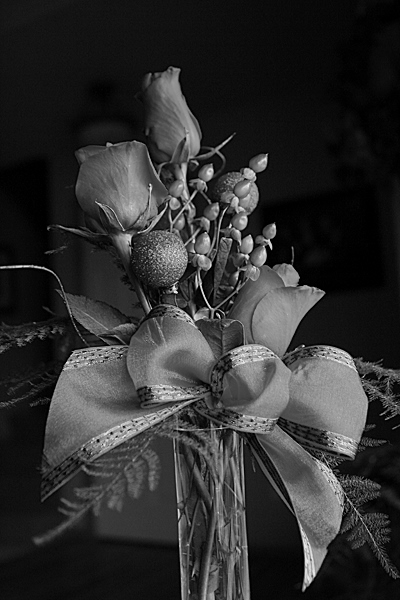 I bought vases at Target, the dollar store, and Goodwill. A florist friend helped me order bulk Christmas greens and burgundy hypericum berries. I bought mini ornaments at WalMart and wired them. The ribbon came from Costco, and I made dozens of bows while watching a movie one night. My kitchen descended into floral chaos once the arranging began. 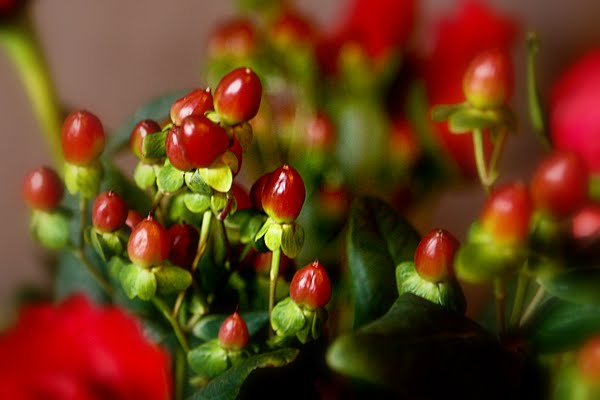 I began thinking about the other widows and other single sisters in our congregation. Since they didn't have a husband to give them roses, I decided that they needed a red Christmas rose from me. I nearly gave up when I asked for a list and was given just over 30 names. But I knew these gifts would make for a very special experience, so I decided to keep going with the idea. 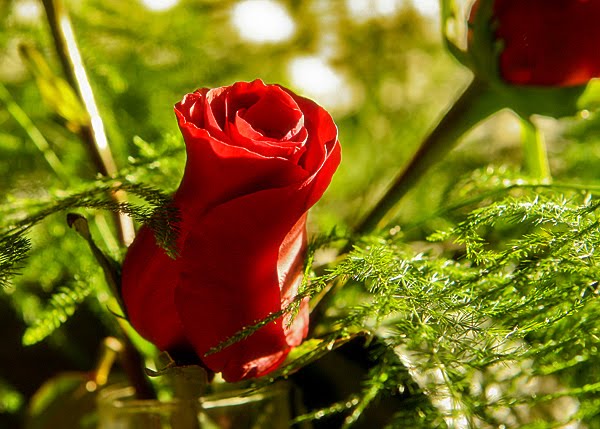 Delivering all the gifts was at once the biggest highlight and biggest challenge. The dozen-rose arrangements were taped into paper boxes and carefully driven to the office party. Then I started delivering the other arrangements, nearly 50 in all. The temperature dropped down to 10 degrees F. My bum was cold. Some people didn't have phone numbers to call ahead, and I had to make several tries before catching them. I got lost in apartment complexes and my arm nearly fell off a few times as I carried my toddler in one arm and a vase in another. But the smiles and hugs were fantastic! Women can't help but be delighted when they're given red roses. 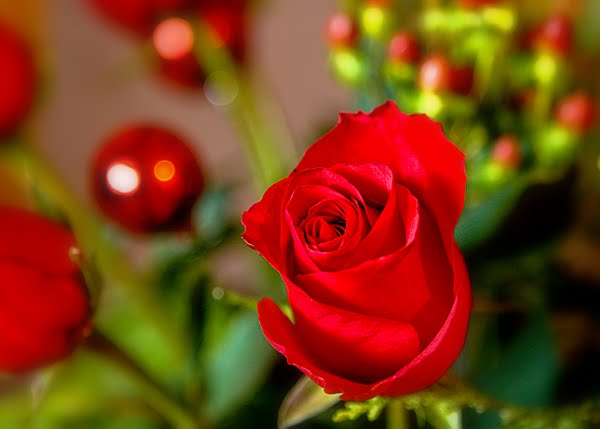 What made this project especially rewarding is the fact that I'm usually a mediocre to poor gift-giver. I just can't seem to come up with great gift ideas. But this one hit the spot. What is the best gift you have ever given? Please leave a comment and tell. I need some inspiration for next year . . .