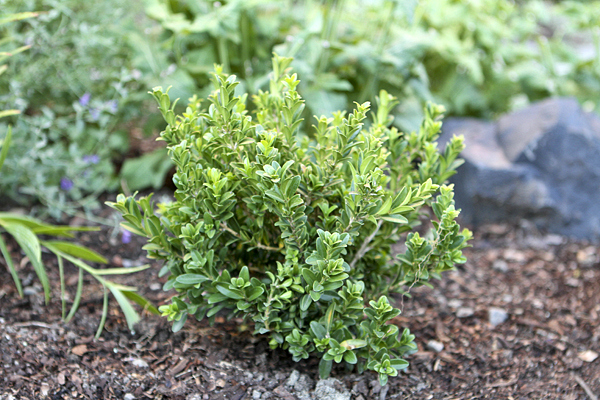 Last week I added five of these adorable 'Wee Willie' boxwoods (Buxus sinicar var. insularis) to the west flagstone garden.  They will grow slowly to just two feet tall and wide and keep their green color through the winter (though with my experiences with other boxwoods, I expect they'll look a little washed out during the coldest months, even if they don't turn bronze). 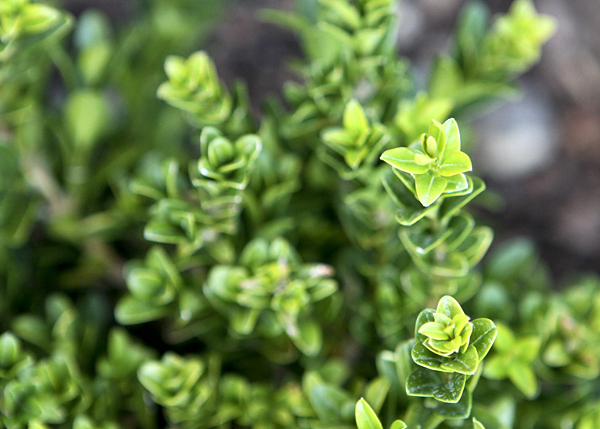 I was also considering 'Little Rascal' holly shrubs (Ilex 'Mondo'), but my friend at the nursery said I'd need to keep those hollies constantly fertilized to keep them looking healthy.  Plus, they turn purple in the winter instead of staying green and get a little wider, at 2 feet tall and 3 feet wide.  So it was Wee Willie instead. 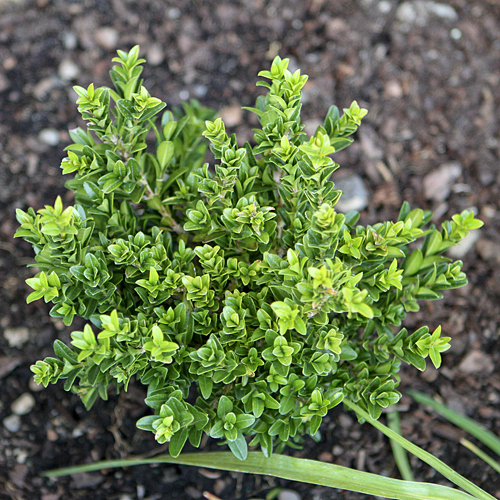 I'm excited that these little guys will require almost no maintenance and will provide pretty spots of green all year. 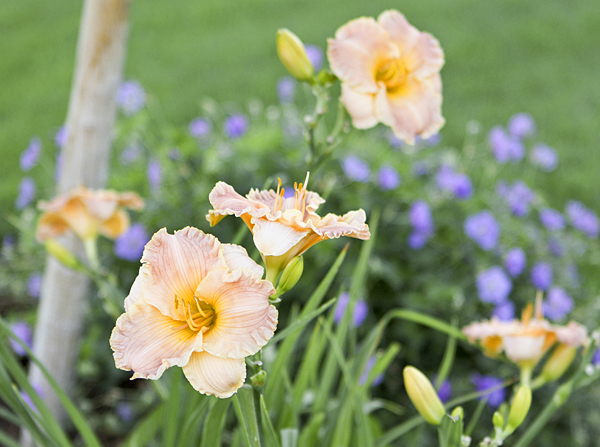 My daylily addiction recovery program is progressing, though it has been hard to give so many up.  My collecting tendencies are whining about it all.   Yesterday my husband dug up a couple dozen more daylilies and after bagging and labeling them,  I dropped them off at a friend's house.  The total number of daylilies in my yard has been reduced from 72 to 45.  Much more manageable.  This reduction has also left more space for other plants that needed it, like my 'Rozanne' geraniums.  And another 'Coral Supreme' peony that's on order to come this fall.
The gardens really do look much better with the remaining plants given the space they need and without such a heavy dose of daylily foliage.   'Autumn Wood' (above) was one of the keepers (love its heavenly fragrance and vigorous growth), in three groupings of three each.  I also kept groupings of 'Francine Joiner' and 'Smoky Mountain Autumn' in the front garden because these peach flowers make such a great color combo with the Pink Double Delight coneflowers and lavender 'Rozanne' geraniums that bloom at the same time.  I kept one plant each of several types of pink daylilies because I couldn't bear to give them up entirely (they're tucked into less visible corners or the backyard).  I decided I could probably work 'Big Smile' (pale yellow with pink ruffles) into the backyard color scheme, so several of those plants are sitting in the garage.  Paring back is painful but the results make it worthwhile.

Email ThisBlogThis!Share to TwitterShare to FacebookShare to Pinterest
Labels: shrubs