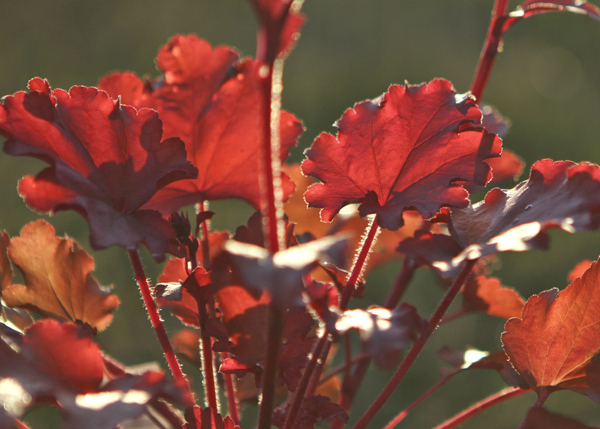 I brought home a 'Peach Flambe' heuchera from the nursery this week and took some photos of the fiery leaves in the evening light.  Their shades of red and orange are lovely all day but are especially striking when back lit while the sun is low. 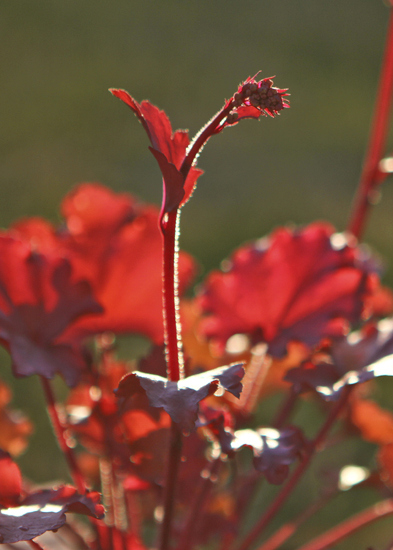 I've also ordered a couple of 'Southern Comfort' heucheras that are similar in color but supposedly a bit lighter orange.  SC also grows larger than PF.  I'll try both of them out in my burgundy/crimson/pink/rosy-orange flowerbed.  Above you can see one of the flower stalks that will be covered with small white blooms soon. 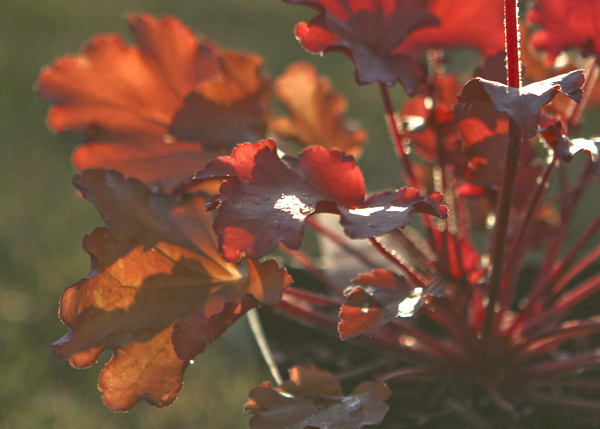 This plant is no doubt larger than the ones that will come in the mail, but it still isn't large enough to divide.  By next spring I should be able to start several new plants from this one, though.  Perhaps I've posted about this before, but did you know that heucheras are crazy-easy to divide? 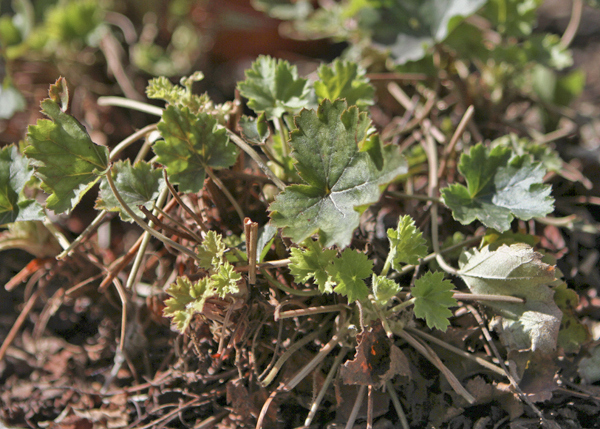 Heucheras have an annoying tendency to become woody at the base after several years, like the 'June Bride' plants above.  But it's easy to rejuvenate them or to divide younger plants that have several shoots growing from the crown.  You just dig them up in the cool of early spring, break or cut apart the shoots, pull off all but the top few leaves, and stick them back in the dirt in the shade.  They'll grow roots from the bottom of the woody shoots even if there aren't any roots there when you divide.  Just keep them watered (but not soggy) and you'll have bunches of new plants. 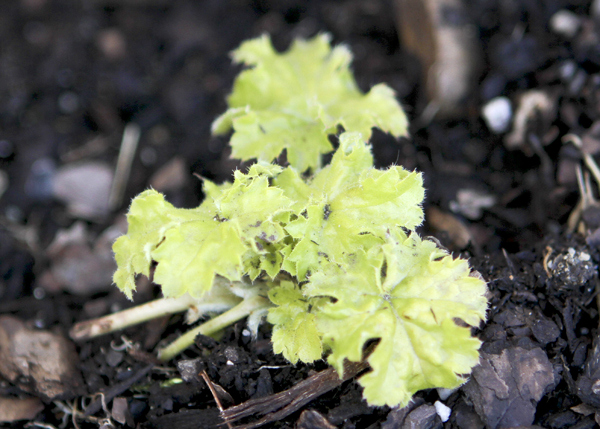 I needed to move my 'Lime Rickey' heucheras out of the way so they won't get smashed by heavy equipment next week when the landscaping company starts our backyard project.  So I took the opportunity to divide them.  From three plants, I was able to get fourteen new starts that are admittedly tiny but will grow quickly provided I feed them and don't let them dry out. 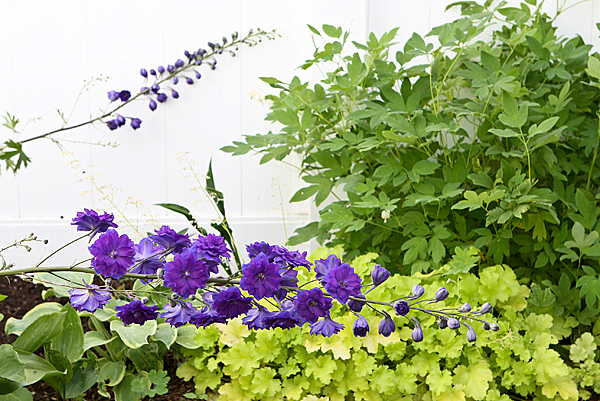 Pretty soon they'll be as big and pretty as the original plants, shown here in a photo from 2010.  This photo showing a blown over delphinium was the only one I could find of my 'Lime Rickey' plants.  I'm planning to use LR in my new true blue/lavender/mauve/lime flower bed along with other lime plants like 'Ogon' spirea and 'Sum and Substance' hosta.