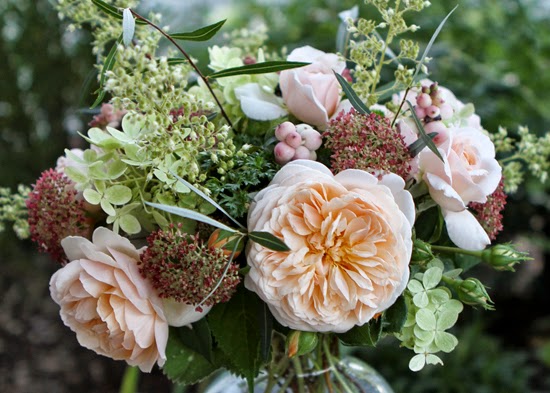 Recently I made a few arrangements from the fall flush of English roses and other fall bloomers in my garden.  The vase above includes 'Teasing Georgia' English roses (more apricot than yellow in fall), dark rose buds from 'Invincibelle Spirit' hydrangeas, green 'Limelight' hydrangeas, pale pink berries from 'Scarlet Pearl' snowberry, cream spikes of 'Autumn Bride' heuchera, plus willow stems, parsley and lady's mantle for greenery. 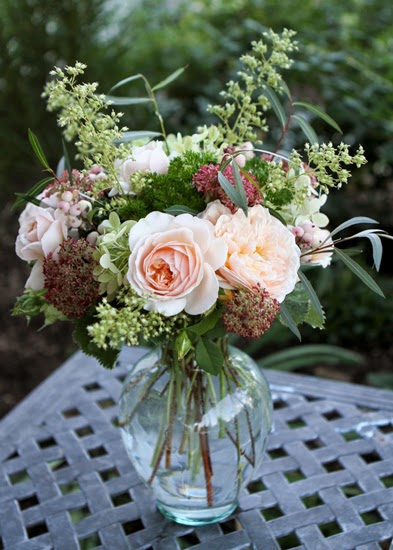 So many of the floral arrangements in stores feel static and stiff.  I love the softness of these flowers together.  Next time I do an arrangement like this, I'll substitute more muted greenery for the bright green parsley - probably some lemon balm (Melissa officinalis), which adds a nice scent.  I also need to plant some Queen Anne's lace, then keep it from taking over the whole yard.  Its fluffy white umbel flowers would work great in arrangments like this one. 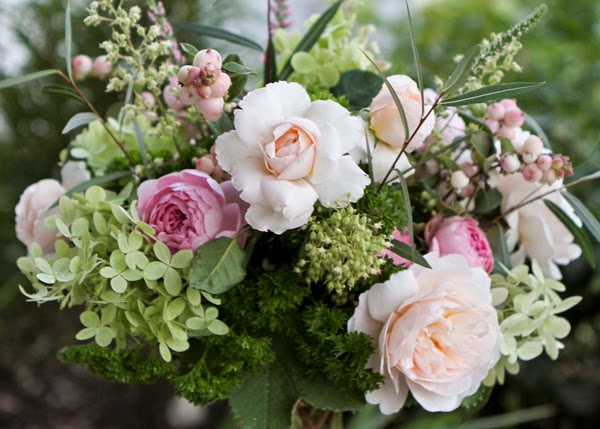 Here is another arrangement with cream 'Crocus Rose' and mauve 'Charles Rennie Mackintosh' English roses added to the same filler flowers and greenery as the first vase.  Oh, plus some pink spikes of Veronica.  The 'Scarlet Pearl' snowberries are supposed to be a deeper pink, but the shrubs are newly planted this year so maybe they'll produce better color next year when they're more established. 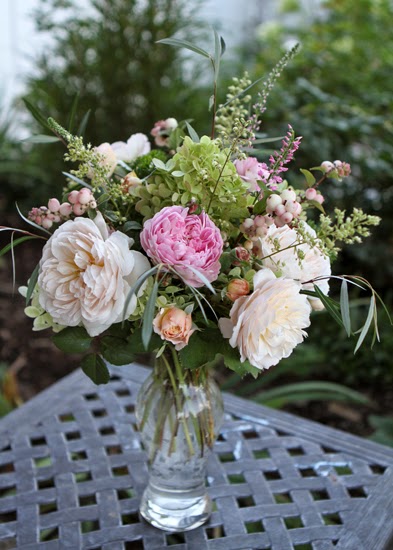 These colors don't shout Autumn, but gardeners know the hydrangeas and berries wouldn't be around for June arrangements.  'Charles Rennie Mackintosh' hasn't made a nice looking shrub for me - it only gets part sun and hasn't ever received enough water - but the flowers are really nice in arrangements.  I hooked up a drip line to give this rose more water next year, so hopefully it will finally get to thrive. 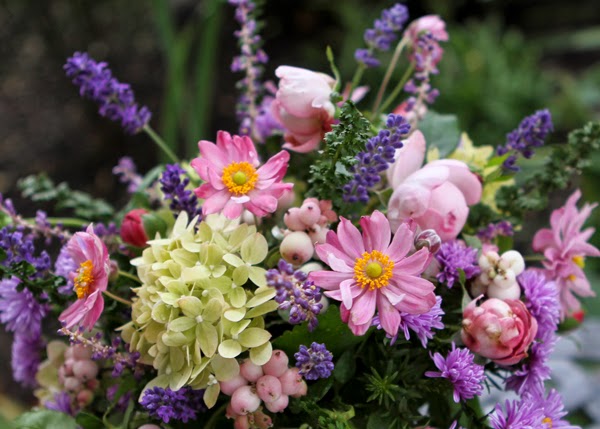 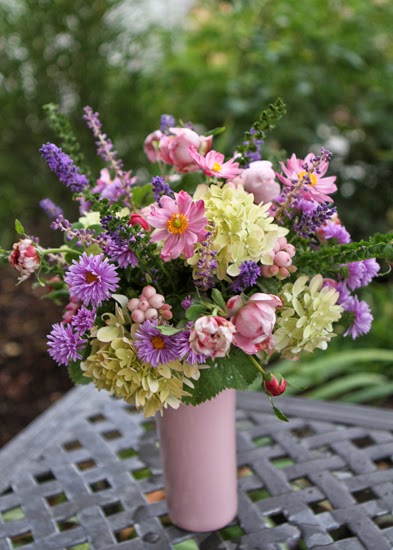 I've been trying to grow Japanese anemones for several years but have struggled to get them enough water and sun to bloom well.  It's nice to finally have some flowers to cut.  All of these arrangements were shared with friends, which is more fun than keeping them myself.  Happy fall!