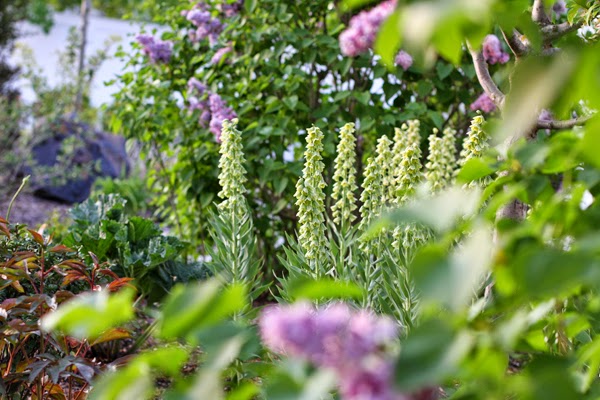 Ten bulbs of Fritillaria persica 'Ivory Bells' were added to the garden last fall.  The bulbs were as large as softballs and had to be planted sideways so they didn't catch water in the top and rot. 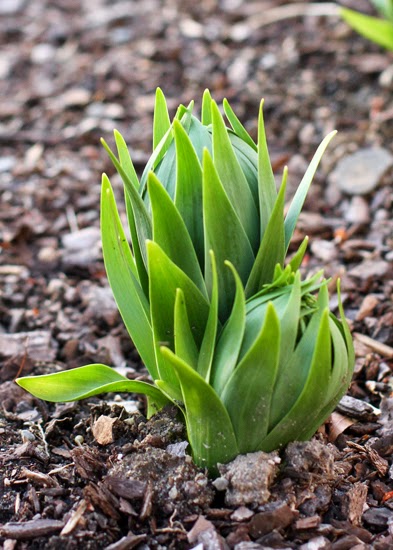 By mid-April large shoots had emerged above the soil.  The bulbs from Zonneveld were big enough to produce two shoots each.  This bulb is also available from Van Engelen. 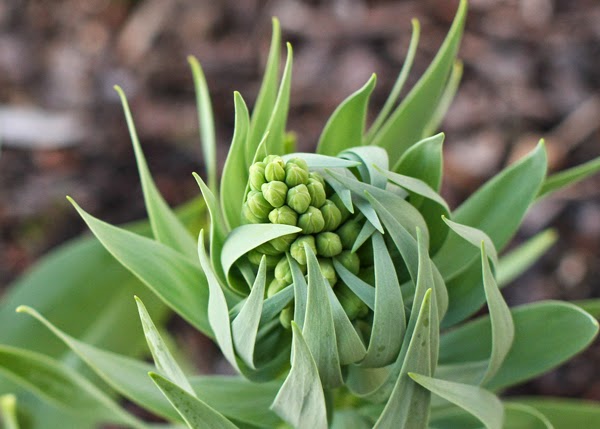 Soon the flower buds were visible at the top of the grey-green stalks.  This ivory type is more rare than the plum-colored variety, and both are hardy in zones 4-8. 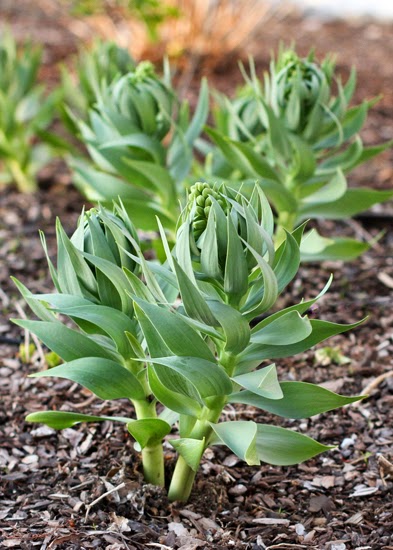 Different types of Fritillaria require more or less sunlight, and these seemed happy in afternoon sun. 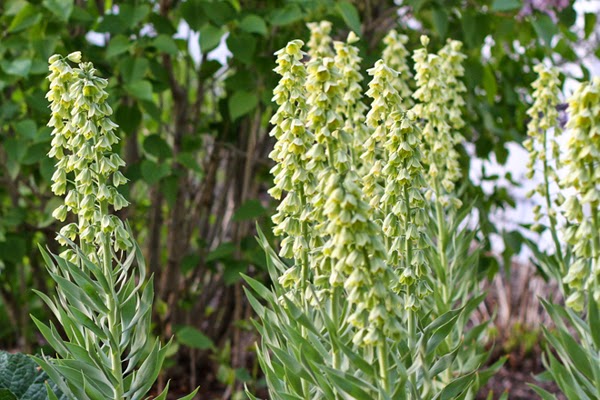 One morning after they opened fully (to 2.5' tall), my youngest son and I saw a hummingbird methodically drinking from each of the small flowers.  Later my son told my husband, "Daddy, we saw a honey-bird on the Fwitiwarwia!"  It was pretty cute. 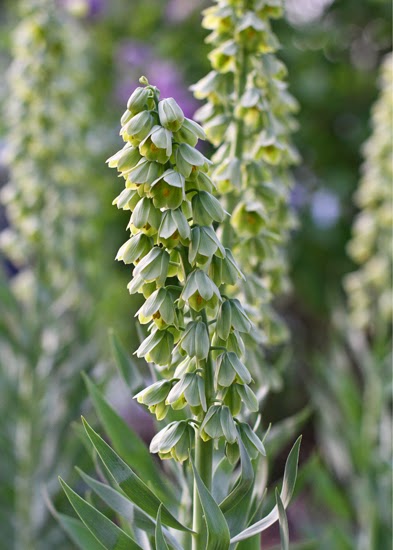 These stately beauties are a great addition to the May garden, and I'm trying to think of where I could add some of the plum variety.  Maybe we could attract many honey-birds that way!