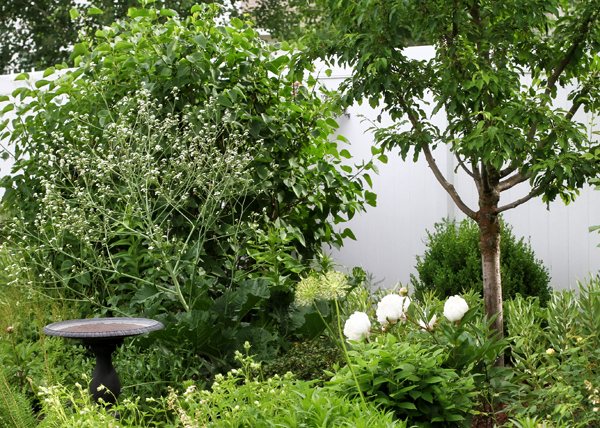 After a few seasons of maturing, Crambe cordifolia (aka Colewort) bloomed for me for the first time this spring.  In the photo above it is at the left. 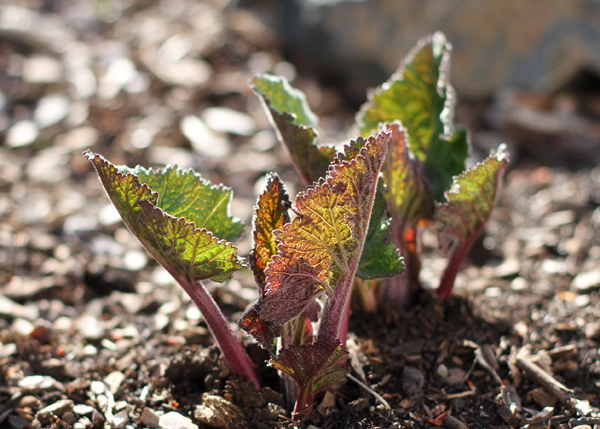 In early spring these interesting maroon-green leaves sprouted and just kept growing and growing.  The large, dark leaves provide a nice contrast in texture to other plants in the garden. 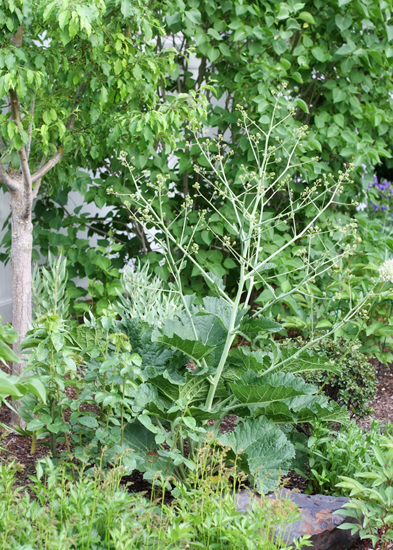 In mid-spring a single giant bloom stalk began to emerge from the base.  It took several weeks of growing before it reached six feet tall.  Eventually this dramatic plant can grow to eight feet in height. 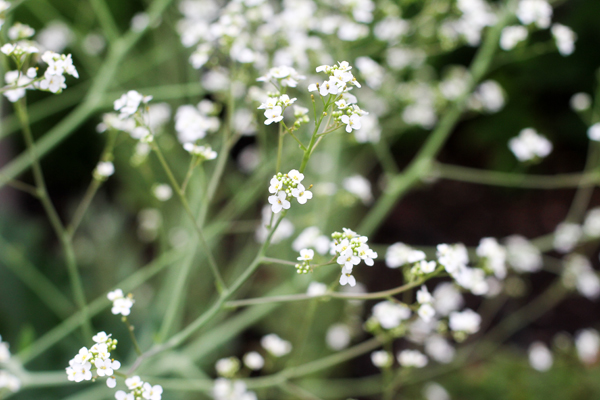 In May the tiny flowers opened to create an ethereal cloud of white above the visually heavy leaves. 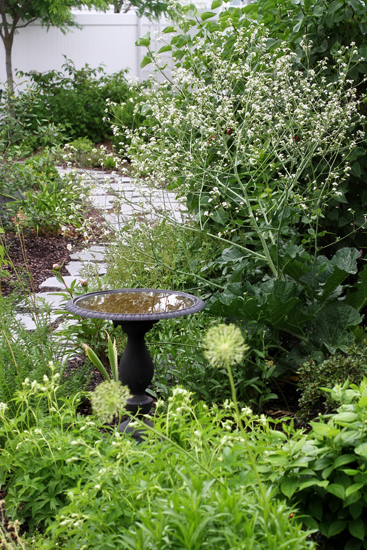 This plant grows in full sun to part shade and is relatively low maintenance, though it can reseed if not deadheaded.  Of course deadheading the entire stalk takes just one snip, so it's very easy. 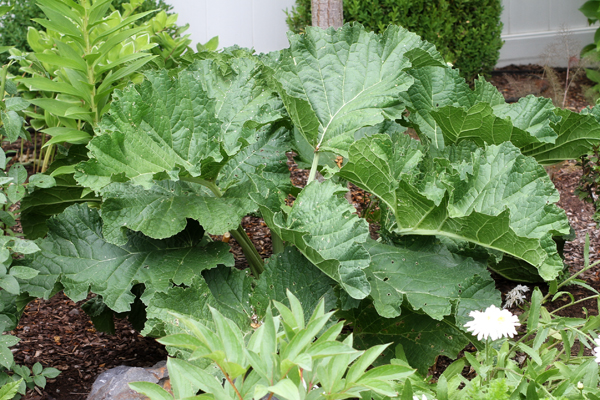 After the flowers finish, the leaves continue to have a worthy presence in my white garden.  Unlike large rhubarb leaves, which decline dramatically in the heat of summer, these leaves remain sturdy throughout the season.  They do have some holes from slugs or something, but that could be prevented by spreading iron phosphate early in the season.  I don't recall the fall color, so it must not be showy. 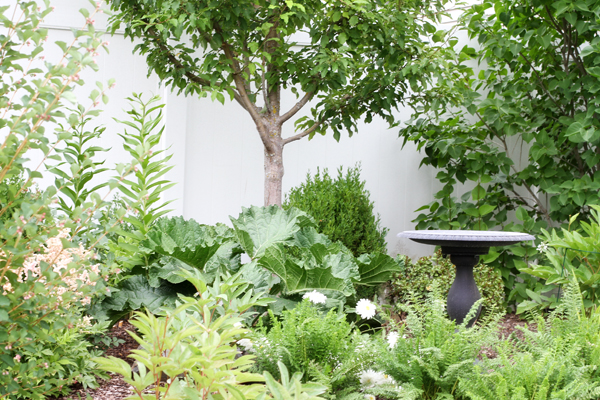 This is not a common garden plant but is well worth a place if you live in zone 4-9.