Roses and Crabapples in a Vase on Tuesday 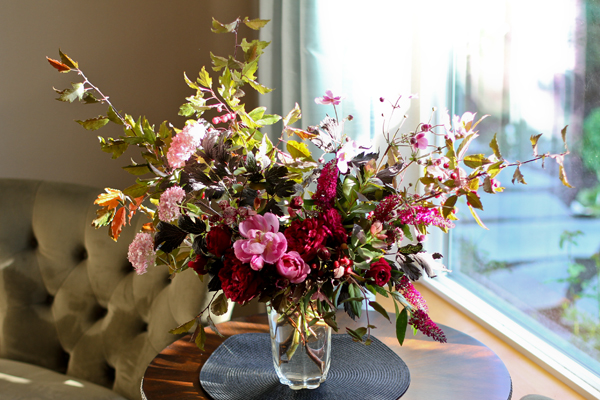 In this recent fall arrangement I used branches from my 'Royal Raindrops' crabapple trees for the first time in a vase.  I intended to participate in Cathy's 'In a Vase on Monday' meme but didn't get around to posting until Tuesday.  That's just the way life goes around here. 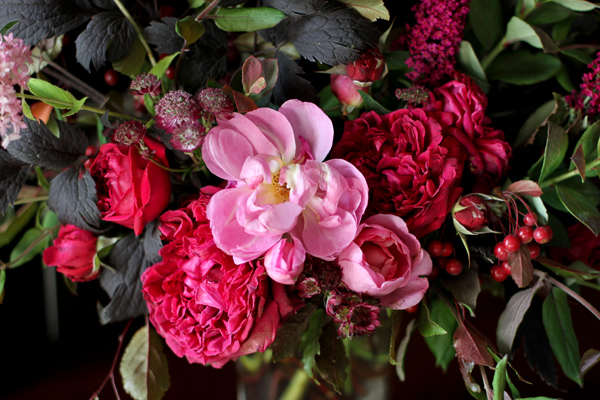 The base of the arrangement was formed by crimson 'William Shakespeare 2000' and pink 'Royal Jubilee' English roses.  Black leaves from 'Chocoholic' Cimicifuga helped fill in around the flowers.  Spikes of 'Miss Molly' butterfly bush shot out from the right side. 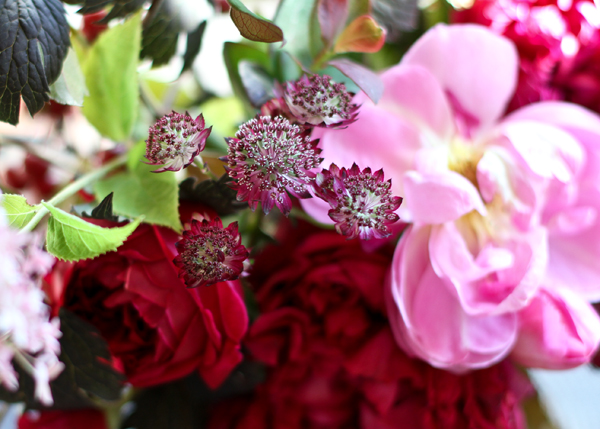 I also included a few late-blooming stems of 'Moulin Rouge' Astrantia (masterwort, above) and 'Invincibelle Spirit' hydrangea (not shown). 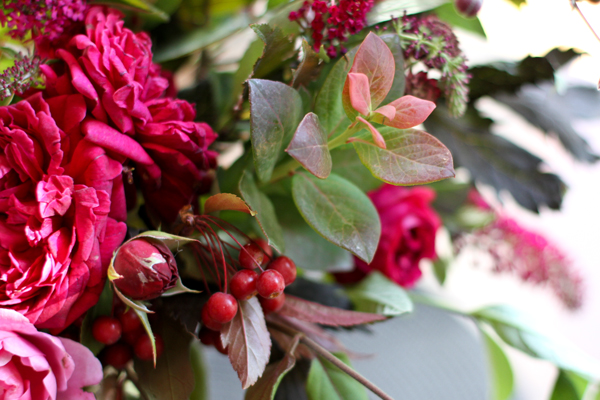 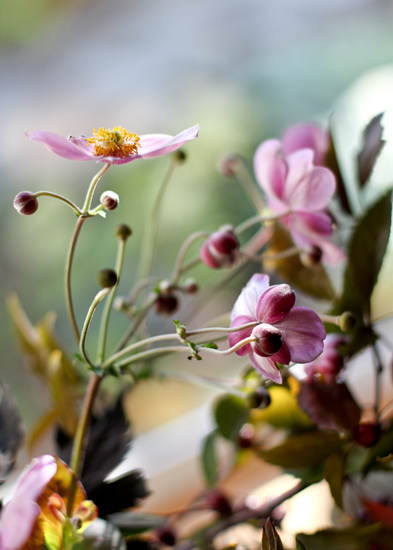 Japanese Anemone (A. robustissima) arched above the cluster of larger flowers. 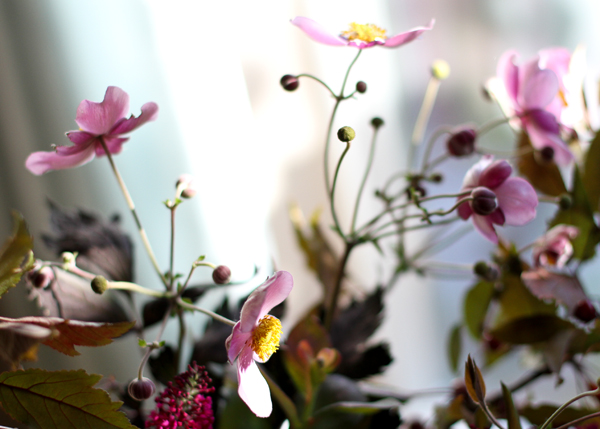 The anemones are so pretty they get a second photo.
Yesterday the temperature dropped to 31 degrees Fahrenheit in the early morning and froze the water in my bird bath.  The flowers escaped this time but the end is near!