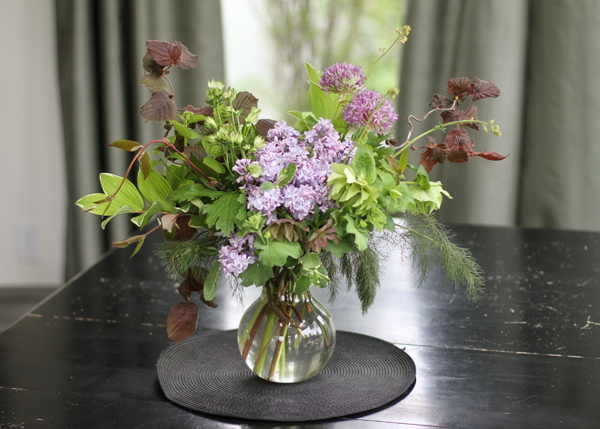 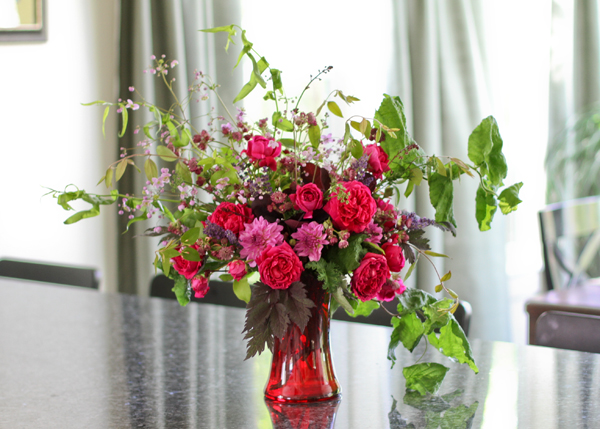 In summer I created this vase of 'William Shakespeare' roses, unknown lavender dahlias, Thalictrum rochebrunianum and 'Moulin Rouge' astrantia.  Stems of curly willow, contorted filbert, 'Chocoholic' cimicifuga, and 'Hall's Purple' honeysuckle formed the base.
Photos from last year remind me that we're getting closer to the growing season!  Spikes of crocus leaves and hellebore buds are appearing, and I still have a lot of dead leaves to cut back.  Next week we're slated to hit 50 degrees F a few days, and I'm looking forward to time in the garden.  Soon there will be flowers to cut and vases to fill and share.