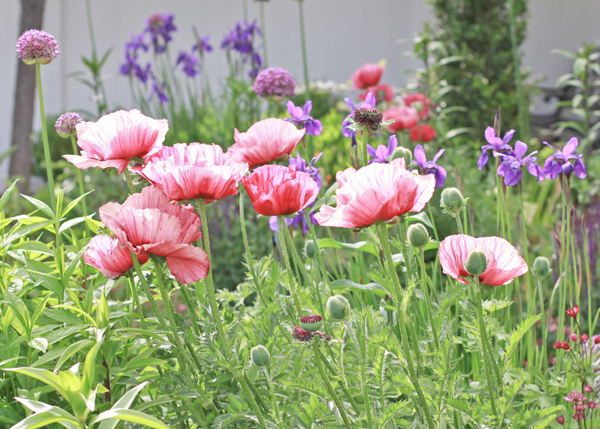 The pink Oriental poppies have been gorgeous for the past couple of weeks.  In the photo above, Medallion 'super' poppies are back lit by the evening sun. 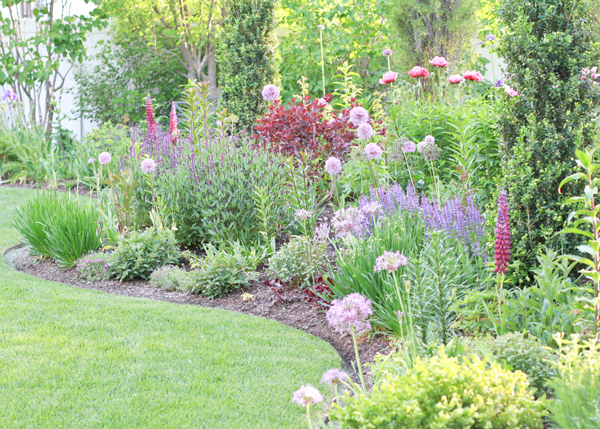 I have three large clumps of Medallion poppies in the northwest corner of the backyard.  They're surrounded by other tall perennials and have reached about four feet tall in bloom.  The photo above also features Allium christophii, Globemaster allium, Masterpiece lupine, April Night salvia, Caradonna salvia, and a Royal Purple smoke bush. 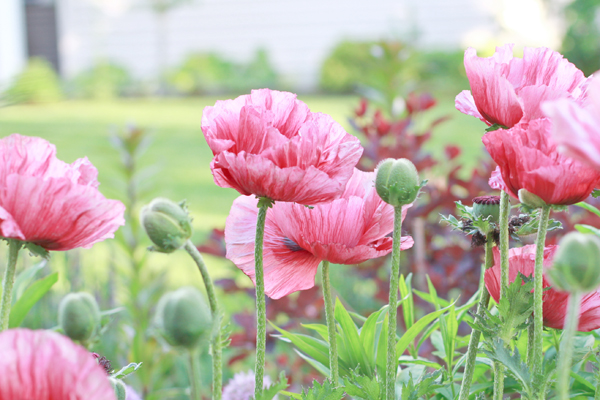 The fuzzy, pale green foliage emerges early in the spring.  The flowers open dark rose and fade in the sun to antique rose before dropping their petals.  The color is a softer color echo of the maroon foliage nearby. 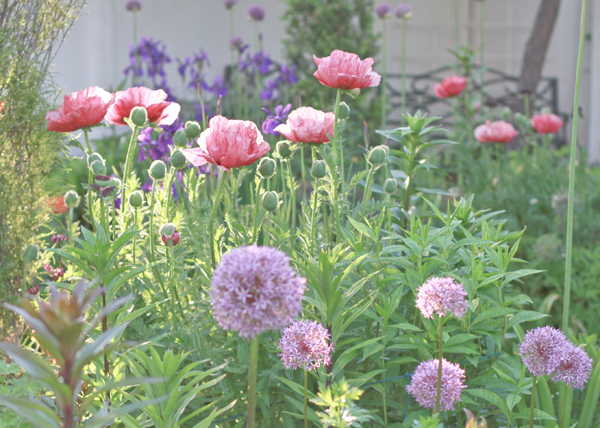 Globemaster allium bloom in the foreground with Caesar's Brother Siberian iris and Ambassador allium in the background.  And those gorgeous poppies back lit by the sun, mmm hmm!  I almost threw my Medallion poppy roots away a few years ago.  I had them growing in too much shade so they were floppy and the color wasn't as nice.  I'm so glad I gave them a chance in a sunnier spot. 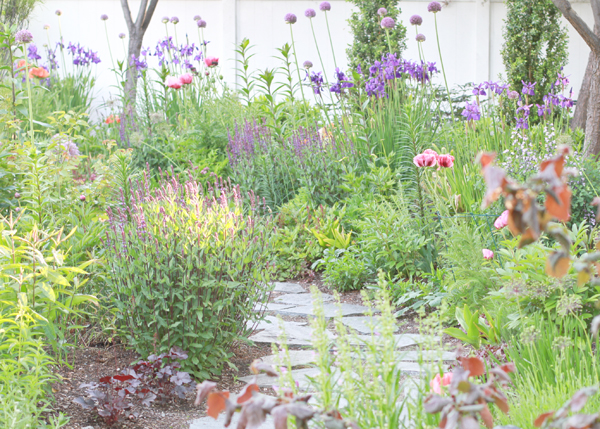 Also in this area are three young and small clumps of Harlem super poppies.  Super poppies have the potential to rebloom later in the season, though I haven't seen this in my garden. 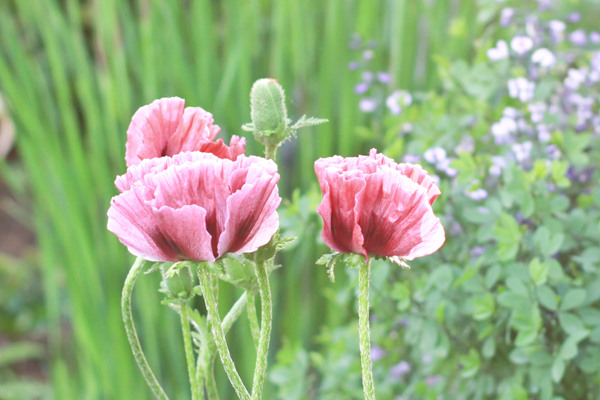 Harlem has black splotches at the base of each petal while Medallion does not.  This year the Harlem blooms are smaller than Medallion, but that might change as the Harlem plants mature. 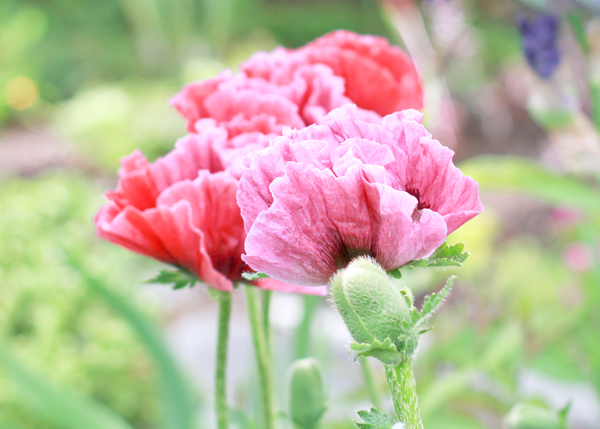 Currently the petals on some of the flowers are mauve-burgundy, while other petals are more reddish.  Some flowers are half and half of each color.  I'm not sure if this is a weird weather-related occurrence or if it will happen every year.  It's interesting but not beautiful. 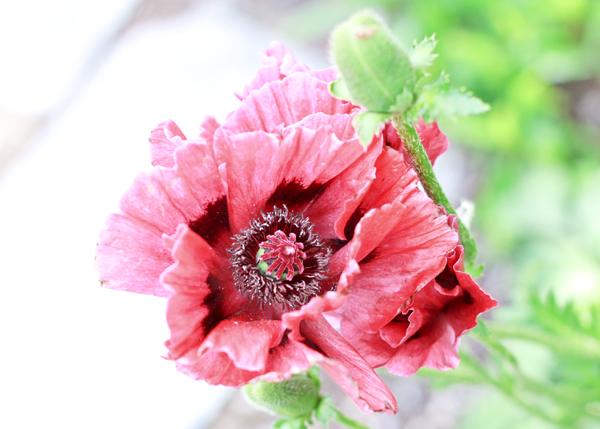 Oriental poppies are hardy perennials in zones 3-7.  They grow best in full sun and moist but well-drained soil.  The entire plant goes dormant about a month after blooming, so it's important to plant them near other perennials or shrubs that will expand to fill the space.  You can also find them in red, orange, salmon, plum and white.  I'm a big fan of these showy June blooms!

Email ThisBlogThis!Share to TwitterShare to FacebookShare to Pinterest
Labels: perennials