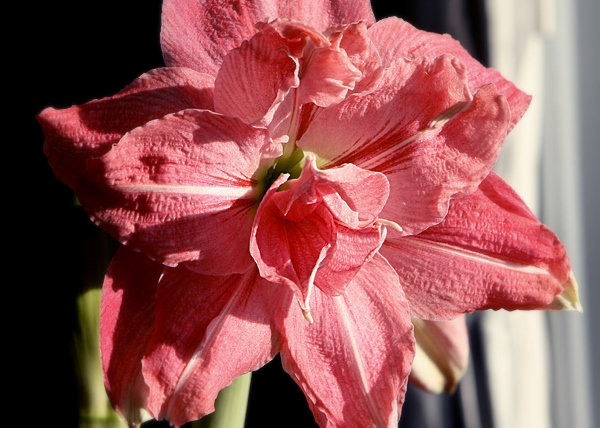 Spring won't arrive in Spokane for several months, but I'm getting my fill of gorgeous flowers thanks to six potted amaryllis. I ordered 3 'Rozetta' amaryllis (and three 'Faro', which I will post on later) from Van Engelen in the fall, and potted them all up at the end of October. 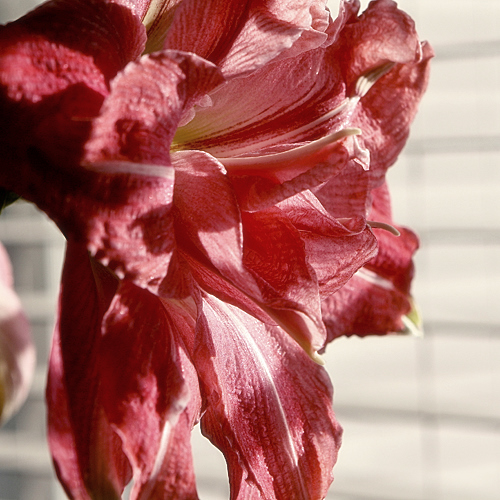 I was pleased to find Van Engelen, as they offer three bulbs for the price you'd pay for just one at some other nurseries. I also ordered snowdrops, crocus and dwarf daffodils from them. 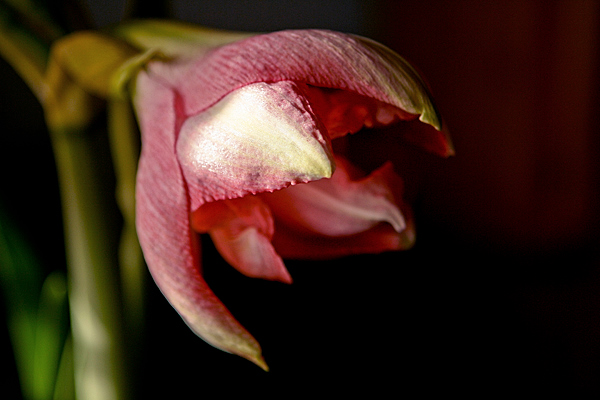 Rozetta is classified as a Christmas flowering double amaryllis. Van Engelen's webpage says that this type of amaryllis has been hybridized to make a larger flower from a smaller bulb that blooms four to six weeks after planting. These bulbs were somewhat smaller than the Faro bulbs I received from them, but the flowers have been even larger than Faro's. 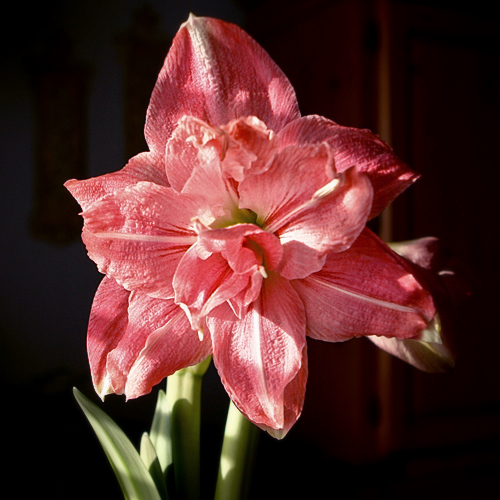 Rozetta began blooming during the first week of December, and the three bulbs staggered their blooms for several weeks. Then they all took a break for a couple of weeks and are now blooming again on second or third stalks. 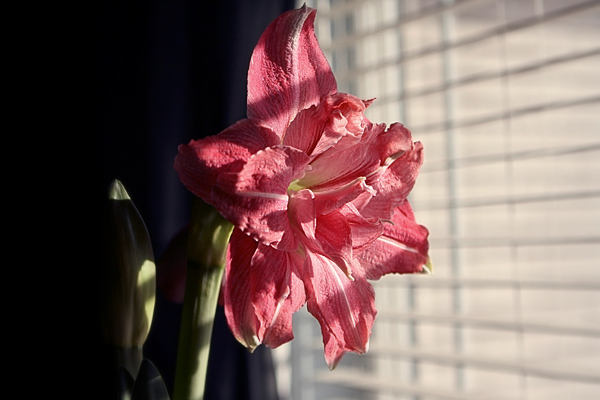 I keep looking at these luscious flowers and shaking my head that something like this could bloom in the middle of winter here in Spokane. Thank heaven for indoor amaryllis during long northern winters! 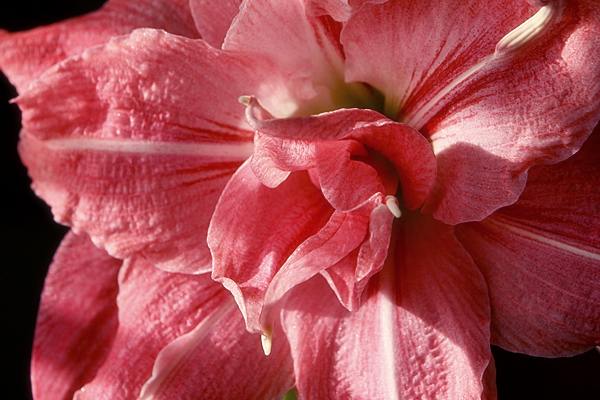 I should be able to keep these alive through the summer so I can enjoy them again next year. When the danger of frost has passed, I can put them outside in a mostly shady spot, then take them inside at the end of summer. I'll dry them into dormancy for six weeks, then let the miracle begin anew. I'm also thinking about spots to put 'Black Pearl' and 'Exotica' amaryllis . . . I think I'm hooked.