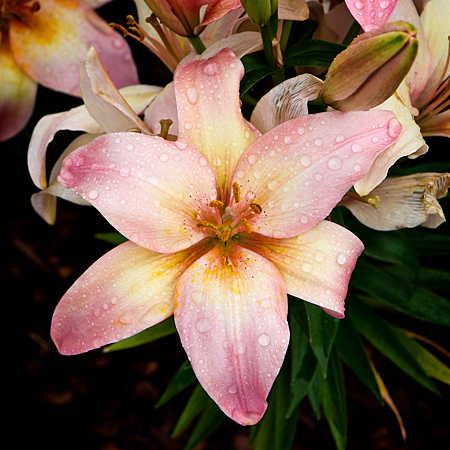 Did you know that all you have to do to avoid wrecking designs by collecting plants is to buy all your plants in multiples? Three, five or six at a time and you're cured! Wink, wink. So that's what I've been doing this spring. It makes me feel virtuous by design standards but my frugal conscience is squirming. Apparently I can't please both parts of my gardening personality at once. 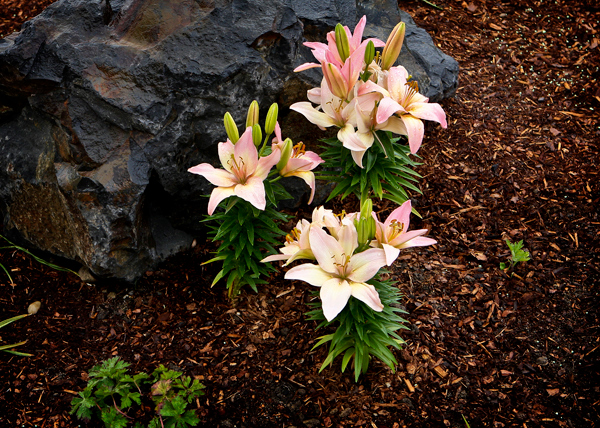 The no-name asiatic lilies pictured above were calling my name over at Home Depot, so I brought home three, then nine, then three more little four-inch pots and planted them in clumps throughout the front yard. In the right of this photo you can see a baby chrysanthemum - I ordered nine of these from Bluestone Perennials this spring. Supposedly they'll grow to full size by fall - stay tuned to see the rose-colored blooms. On the bottom left you can see one of the five 'Rozanne' geraniums I brought home from my local nursery. Soon it will be covered with light blue-violet flowers. Two types of dahlias were also planted - six of one and twelve of another type. A few more 'Walker's Low' nepeta were added. And the 'Emerald Cushion Blue' creeping phlox count is up to fourteen. 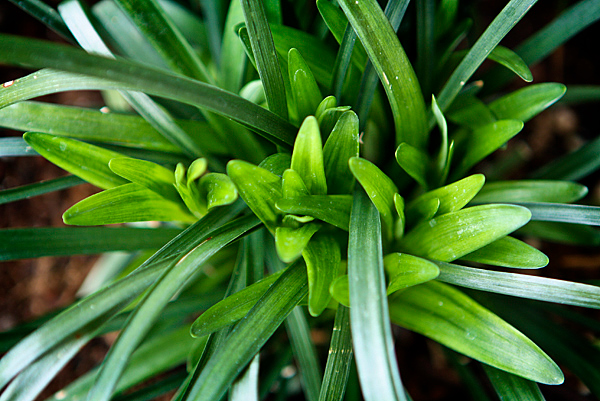 Here is one of the twenty-four (BIG gulp) 'Big Blue' liriope (lilyturf) that I planted this spring. Six came from the local nursery, some of which were divided and two of which went into pots on the front porch. Bluestone had a half-price sale, so eighteen more were ordered from them. They're making good edging along the new front beds. Nope, no plant collecting in my front yard, just solid design. Finally. 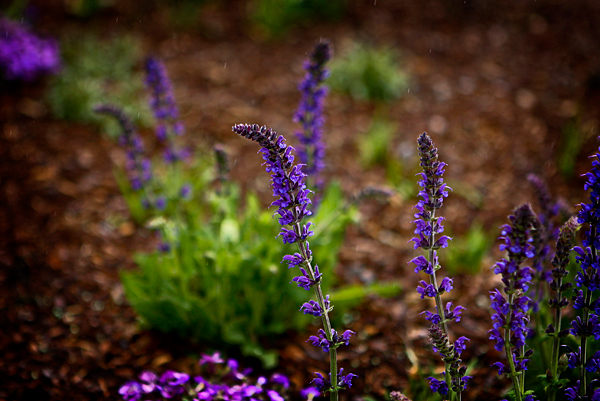 I added six more 'May Night' salvias to the six already planted in the west flagstone path bed. Soon the six golden 'Stella d'Oro' and six peach 'Apricot Sparkles' daylilies will be blooming in concert with the deep blue-violet spikes of salvia. Oh, my beating heart - those colors will be sumptuous together. Then the lavender catmint will start, and the bearded iris in gold and violet, and the pink penstemon . . . 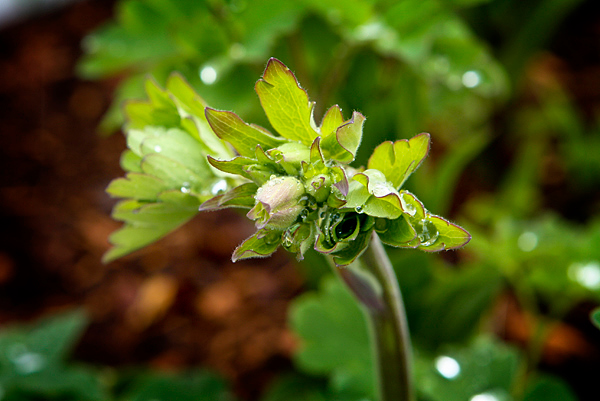 In the backyard, there's still some collectitis going on. But I sprinkled seeds of deep blue-violet 'Melba Higgins' columbine (about to bloom above) throughout the hodge-podge beds. Hopefully they'll tie the collector's corner together a bit? I've also edited those beds to include a mostly consistent palette of iris (German, Japanese and Siberian), peonies, roses and delphinium. It's looking less like a holding are and more designed! More pictures will come later when blooming starts. 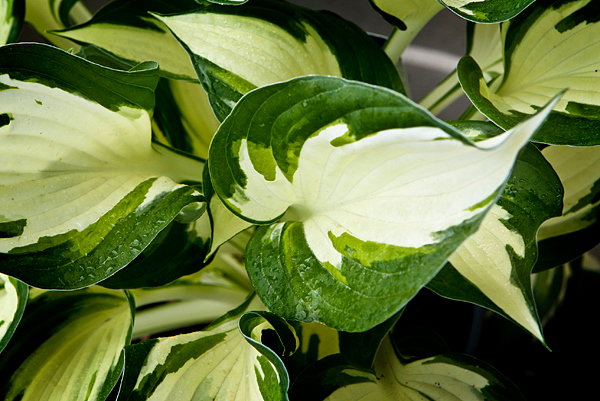 I only brought home one of these 'Fire and Ice' hostas from Lowe's. Like I have any more room for hostas with two dozen different types already . . . but this one was so full and pretty that it came home anyway and will go into a pot for a while. I'll admit that there is currently no design involved in my hosta museum, but eventually they'll be divided out into a coherent scheme. 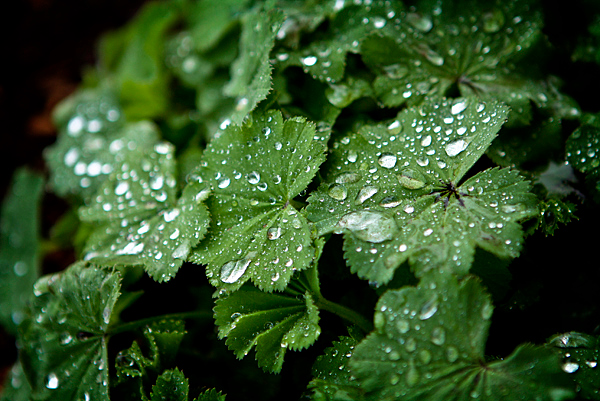 In other garden news, the lady's mantle is leafing out and holding water drops gorgeously, just like it's supposed to. This tough little plant didn't even flinch when the temperature dropped down to 26 degrees F last week. Much of the newest growth on other plants succumbed to the hard freeze, but the plants themselves survived and will eventually outgrow the damage. Phew. Happy Spring!