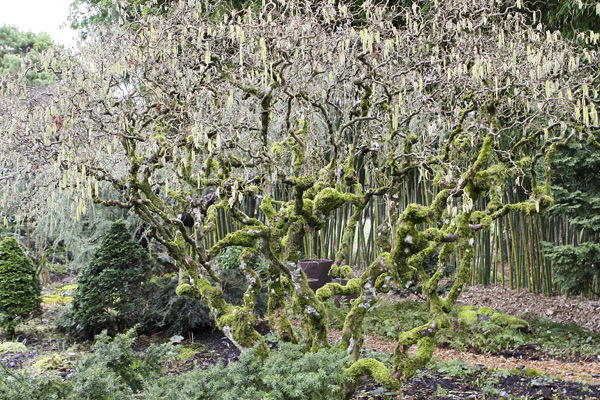 During my hellebore-buying trip, I took these photos of the gardens surrounding the Northwest Garden Nursery. I believe the gorgeous tree above is an old moss-covered Corkscrew Hazel (which I misidentified as a willow at first), also known as Harry Lauder's Walking Stick or Corylus avellana. 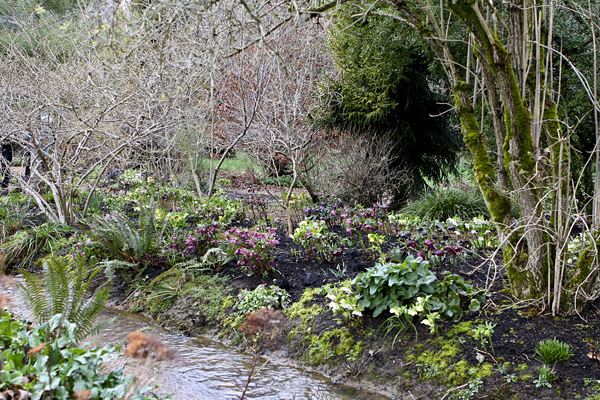 Of course there were plenty of hellebores dotting the garden, including these by the creek. 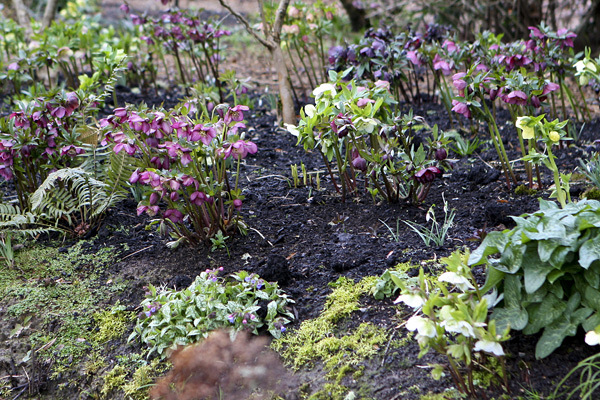 Here is a closeup of those hellebores from above. There were plenty of white snowdrops (Galanthus species) in bloom as well, and you can see a few in this shot if you look closely. 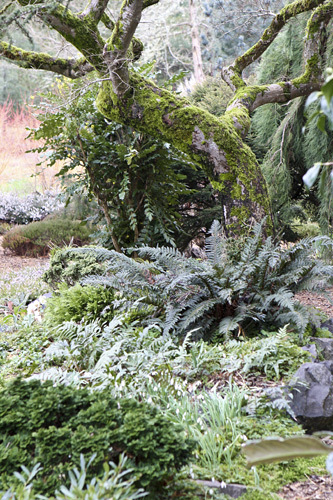 This is my favorite scene - all those ferns and mossy tree branches are the essence of a Pacific Northwest garden, don't you think? As I drove from Portland to Eugene and back, I loved it that even though the deciduous trees along the freeway hadn't leafed out yet, they were already green from all the moss on their branches. Spokane trees don't look like that! 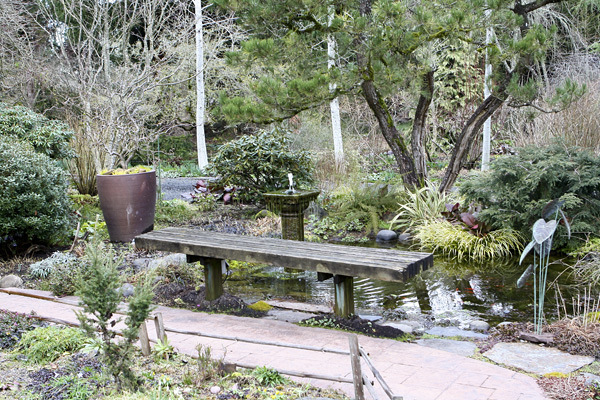 The pond was restful with a hundred shades of green surrounding it and a fountain trickling in the center. 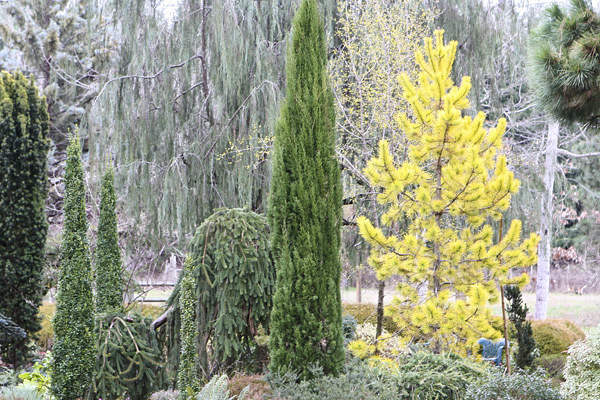 I'm pretty sure that the yellow pine is supposed to be that color, probably a rare and valuable form, but it just looks sick to me. However the color is cheerful next to all the other green conifers. 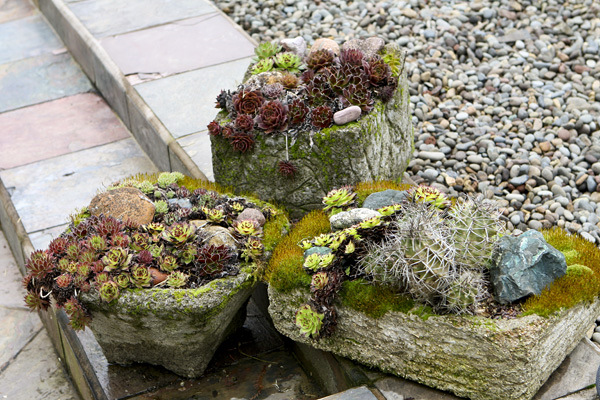 I'll end with the shot of several hypertufa pots filled with succulents, which were colorful despite the earliness of the season. This garden was a delightful backdrop for the hellebore stars of the show.
Meanwhile, in my garden there are four golden crocus in bloom, finally, though nothing else yet. Spring will come!