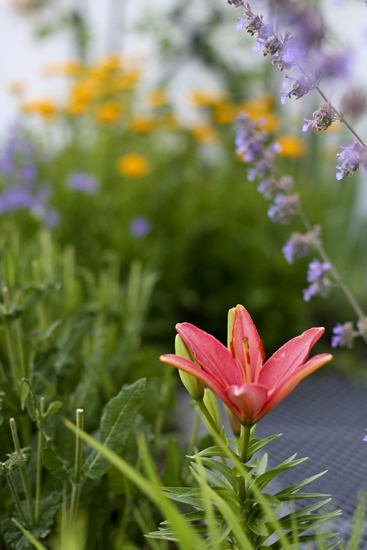 The west flagstone garden has morphed into a new color scheme for summer. Lilies of several types and a 'Lady Emma Hamilton' rose have supplied tropical shades of rosy-orange that look cheerful against the lavender of catmint and bellflower. Above is an unnamed dwarf asiatic lily with 'Walker's Low' catmint (Nepeta), 'Blue Clips' bellflower (Campanula) and yellow 'Early Sunrise' tickseed (Coreopsis) to the sides. 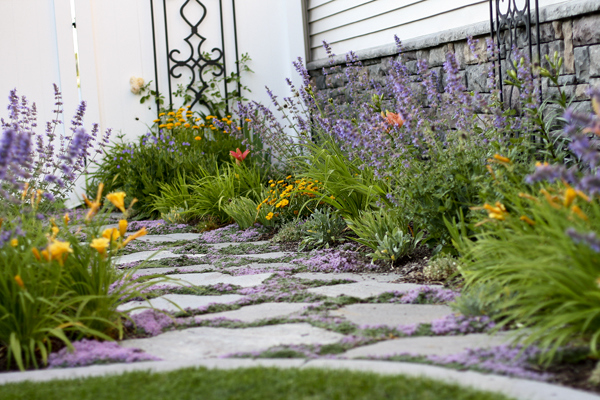 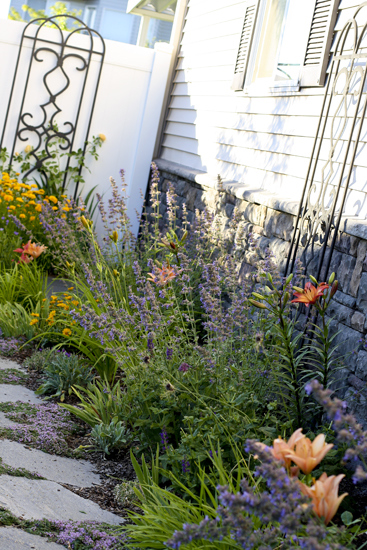 This shot shows spots of color from asiatic and longiflorum-asiatic lilies. Despite growing in half shade, the 'Walker's Low' catmints have been blooming for a couple of months now. 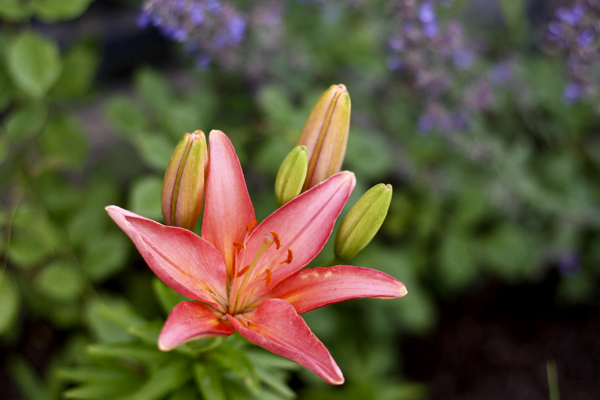 Here's another picture of that unnamed dwarf lily. The color seems to glow and reminds me of a tropical-flavored smoothie. I brought home several of these lilies last year from Home Depot and am pleased to see that all have baby shoots growing around the original. In a few years these will be nice clumps instead of a single stalk. 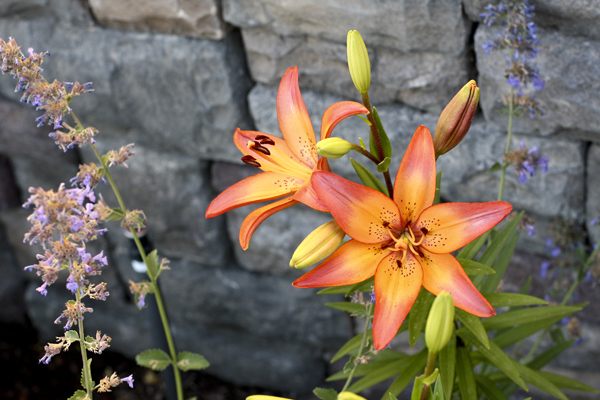 This is a 'Royal Sunset' longiflorum-asiatic (LA) lily. These lilies started blooming as the asiatics were finishing up, which was perfect for keeping the color going longer. I didn't order very many of these lilies from Brent & Becky's bulbs, but I planted them in groups of 2 and expect them to multiply into good clumps. 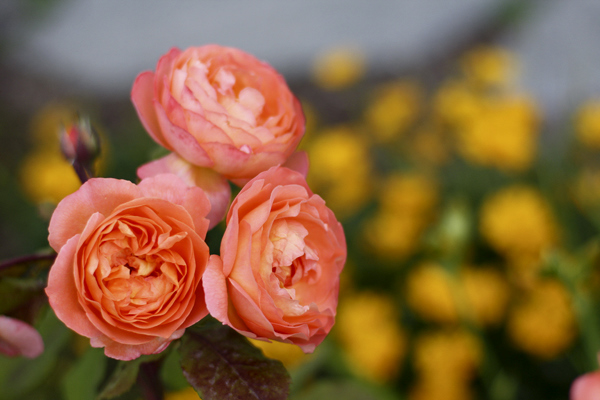 Here is a cluster of 'Lady Emma Hamilton' english roses against a backdrop of golden 'Jethro Tull' tickseed (Coreopsis). LEH doesn't have as many petals as some of the english roses, and I wonder if that's why the bush is able to put out such a continuous stream of blooms despite getting only a half day of sun. Add a delicious fragrance to its attributes, and this rose is a winner. 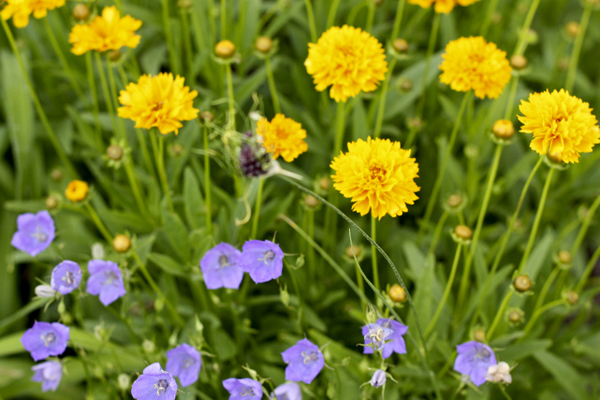 'Golden Sunrise' tickseed and 'Blue Clips' campanula don't mind the intense heat of the summer sun bouncing off the west wall of my house. In the center is an out-of-focus 'flower' from 'Hair' allium. I took so many pictures of these strange flowers and all of them were out of focus. Maybe my camera didn't recognize them as flowers, ha! The 2-inch flower heads didn't make as much of a show as I'd hoped - they just looked kind of weedy. Maybe they'll multiply and look better in a few years. 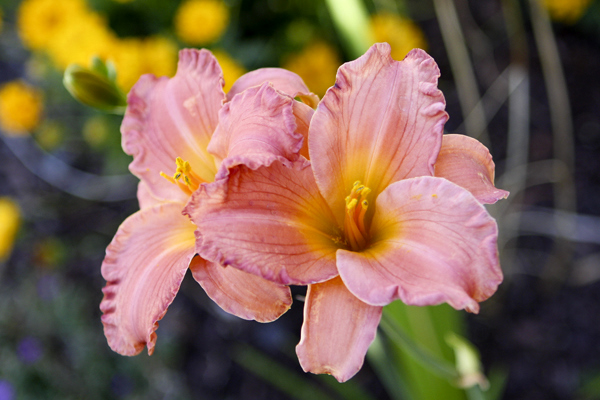 Above are some 'Smoky Mountain Autumn' daylily (Hemerocallis) flowers. I have 6 small plants of this variety, and they have put out a respectable amount of flowers for their size and the part-sun conditions. I have been less impressed with 'Apricot Sparkles', which is supposed to be a blooming machine but seems to resent getting less than a full day of sun. It has been very stingy with its small peach flowers this year. 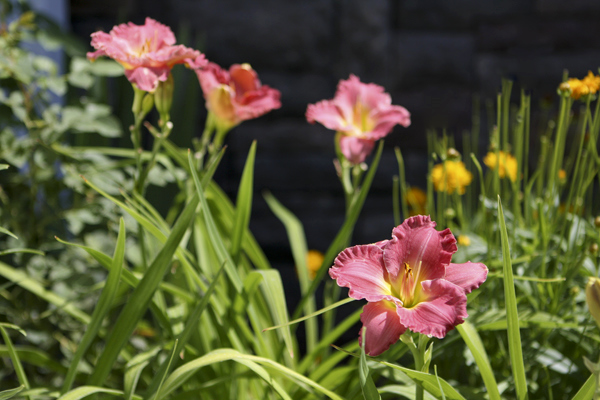 The 'Hush Little Baby' daylilies are such a gorgeous, vivid pink that I wish I had a good spot in full sun for them. But they're blooming all right here in the west bed. Their color stands up well to the blazing summer sun.
The rest of the season holds more of the same for this garden. Many of these plants should keep blooming until frost. The english roses (including 'Crown Princess Margareta' and 'Teasing Georgia' on the trellises) should have another heavy flush of bloom in September. So far this area has had good continuity of bloom, so we'll see if it continues until frost cuts it all back in a couple of months.