The Sad Tale of the Lilac Bouquets 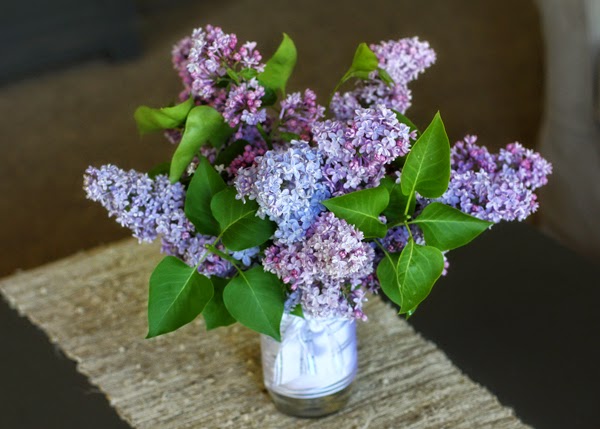 Last week was teacher appreciation week at my daughters' school, so one morning we cut two large bouquets of fragrant, lovely 'Katherine Havemeyer' lilac blooms to bring to their teachers.  I even connected with my crafty side and pulled out the glue gun to beautify the peanut butter jar vases with ribbon. 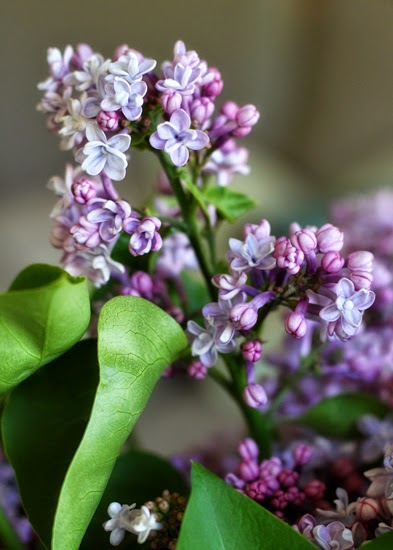 Unfortunately, there were a few hitchhikers on the lilac blooms.  You can't see them above, but I was told that nine spiders emerged from one of the bouquets once it arrived at the classroom.  Most of them were tiny brown spiders, but there were also a few of the penny-sized white spiders that we often see in the garden. 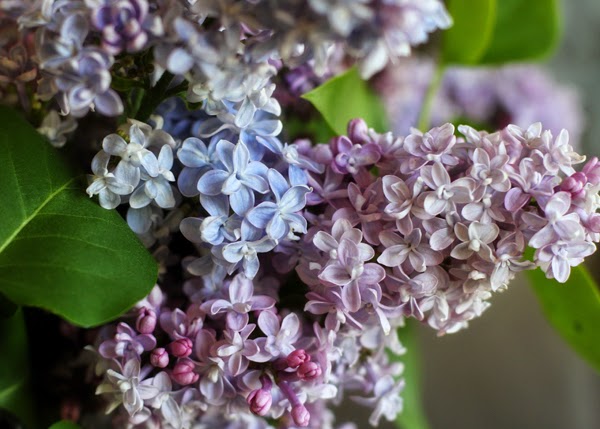 My daughter told me that chaos ensued with kids shrieking and pointing at the spiders that now infested their classroom.  The kids were sure the spiders were very poisonous.  No one would sit on the floor for reading time.  I'm sure her teacher felt very appreciated.  We're definitely on her list of favorite people right now. 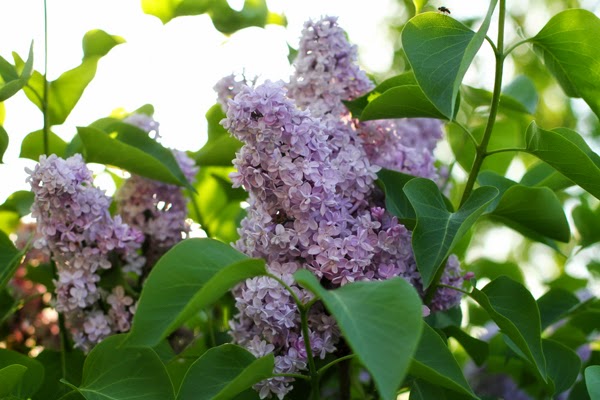 So that bouquet - and the other one, just in case - were gingerly carried outside and laid to rest in the dumpster.  I don't think of myself as particularly tough, but I have become used to these little spiders and the many other bugs I encounter each time I'm out in the garden, though I am rightly wary of the aggressive paper wasps, and earwigs still creep me out.  I would have smashed the spiders with a tissue (because although they're welcome in the garden, the penalty for coming indoors is death!)  and carried on, but I wasn't there to save the day. 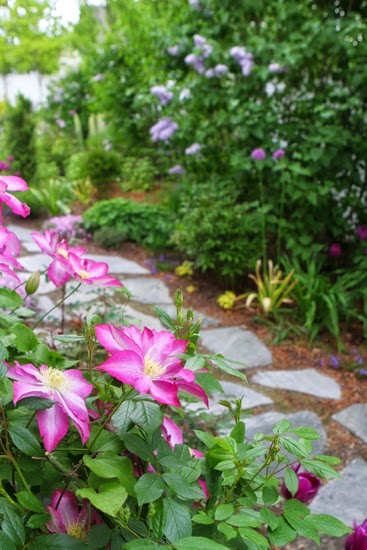 So we're just enjoying the lilacs in the garden for now, and next year we'll think of something different to bring for teacher appreciation week.  Even if I remembered to soak the blooms in a bucket to kill and wash away the spiders, memories of this year's debacle would probably ruin any future enjoyment of the lilac's beauty and scent. 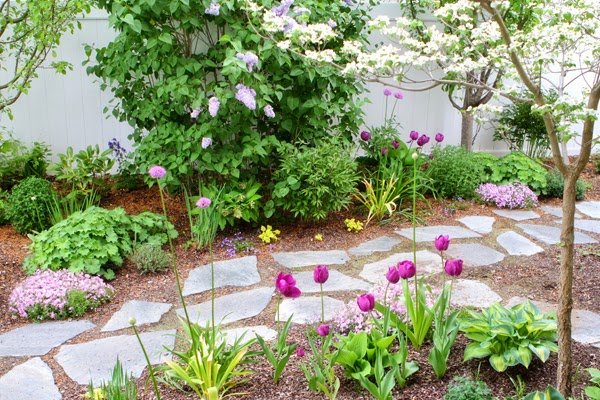 Watch out, there are probably countless creepy-crawlies hidden in this seemingly innocent scene! 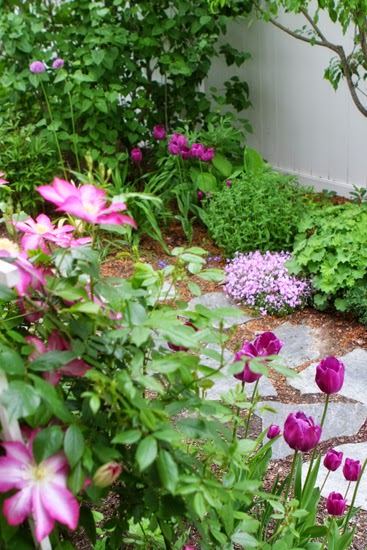 Yup, they're hiding here as well.  Isn't there something tickling your neck right now . . . 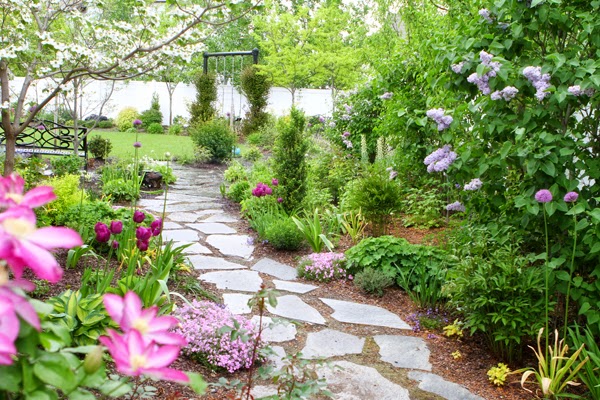 I wonder if this teacher will still let me bring in peonies and filler flowers to teach the children how to make bouquets next month.  The class might still be too traumatized.  We say it's the thought that counts with gifts, but I'm not sure that applies when spiders are part of the deal.
Good news!  The bouquet-making is still on, though I will take care to shake and wash off the flowers so the kids don't have another creepy experience.  Maybe I'll also take a few minutes to teach them about some of the insects common in gardens around here.  With photos, not live subjects.