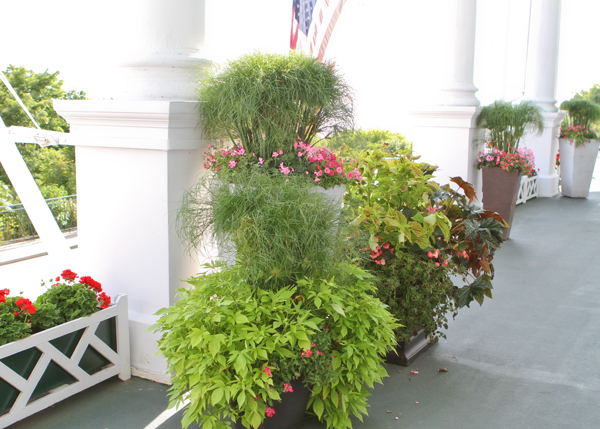 We saw many beautiful container plantings while at the Grand Garden Show on Mackinac Island in August.  The photo above shows a group of pots on the front porch of the Grand Hotel.  Tall papyrus, coleus, begonias, calibrachoa and trailing sweet potato vine formed dramatic compositions. 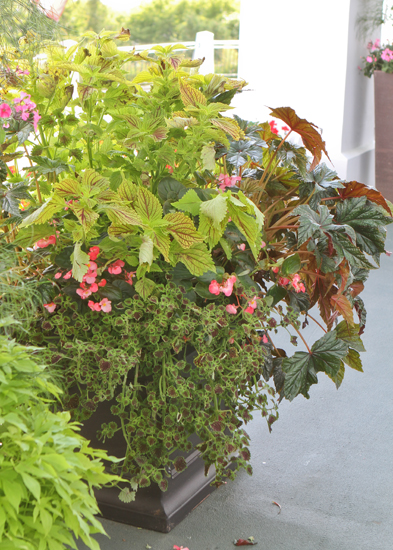 Here is a closer view of one pot.  I love chartreuse and maroon leaves together. 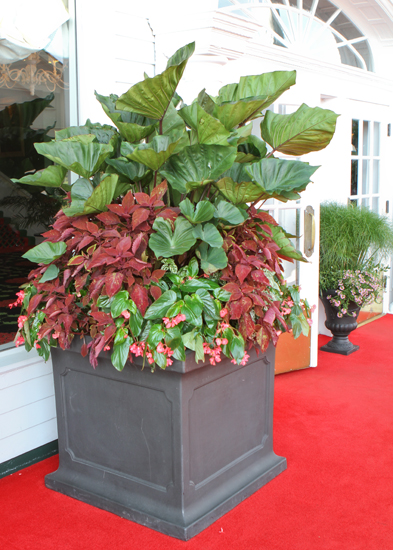 This large pot near one hotel entrance relied on foliage with few flowers, and it's stunning.  Many of the containers we saw depended heavily on foliage for form and color, with flowers getting an equal or secondary place. 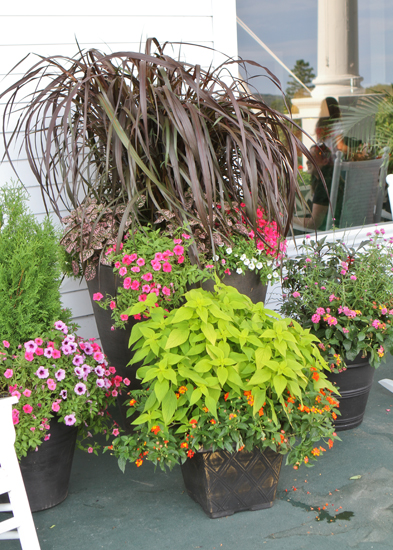 This is another grouping of pots on the hotel porch, which featured dozens of pots and window boxes bursting with color set among a long row of rocking chairs.  Ornamental grass, coleus, petunias, and lantana were featured. 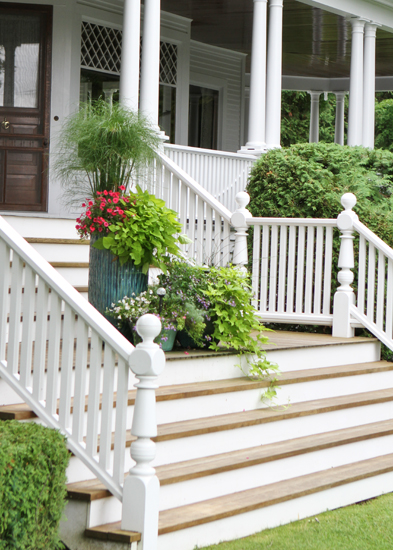 I would not have thought to put a group of pots in the middle of a stairway, but these stairs were so wide that it worked nicely.  This was one of the homes on the garden tour. 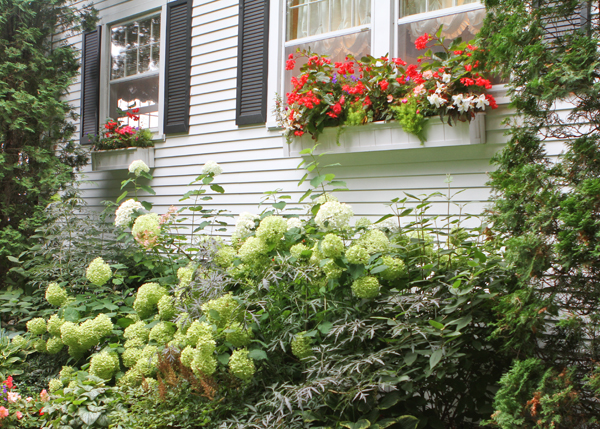 Another garden on tour featured these cheerful window boxes with begonias and creeping sedum above smooth hydrangea and elderberry shrubs. 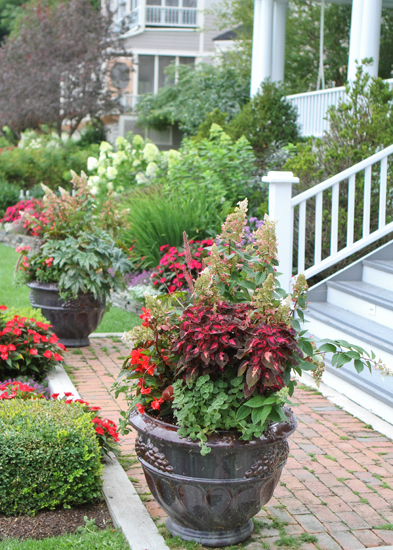 These pots flanked the front stairway at yet another garden tour home.  Young panicle hydrangeas provided height along with coleus and begonias. 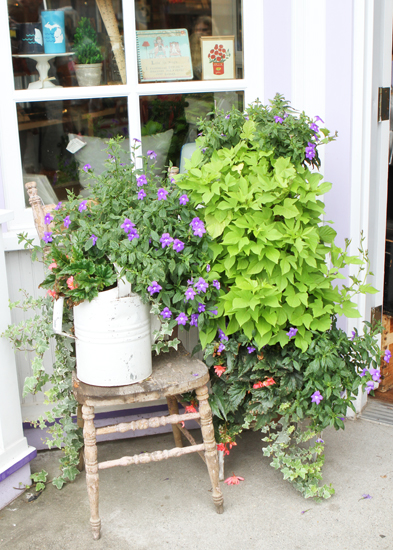 The row of shops in 'town' also boasted many lovely container plantings, including this restful grouping with browallia, begonia, sweet potato vine and ivy. 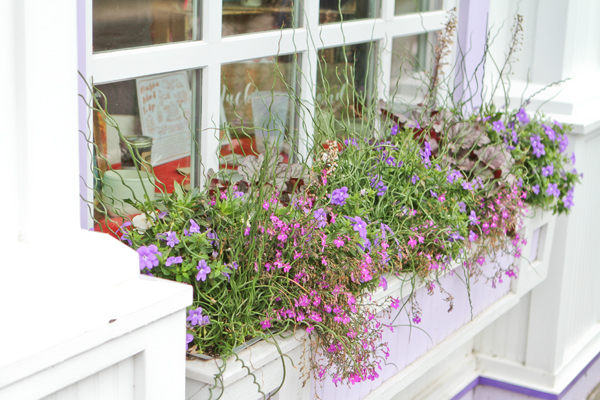 The nearby window boxes featured a similar color scheme with browallia, lobelia, corkscrew rush and heuchera.  I'm such a fan of violet and lavender in the garden, so I especially loved these last two containers.