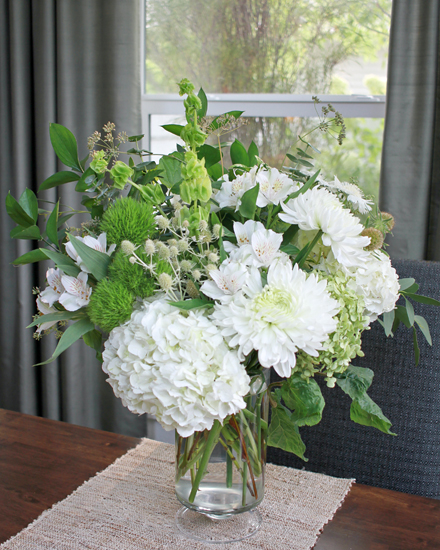 Recently I made these green and white arrangements with a mix of Costco.com flowers and materials from my garden.  At the center of the arrangement above, I used some of the 'White Glitter' sea holly (Eryngium) I grew from seed this year.  I love to mix something a bit unexpected with classics like hydrangeas, mums and alstroemeria. 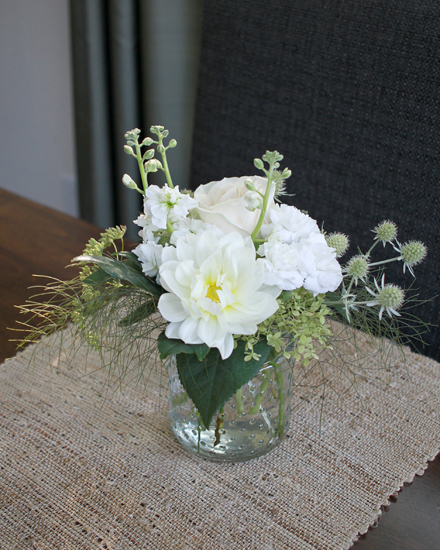 This little guy features a homegrown 'White Onesta' dahlia with more of the sea holly plus a purchased rose, carnations and stock.  Leaves and seedpods from bronze fennel add tetxure. 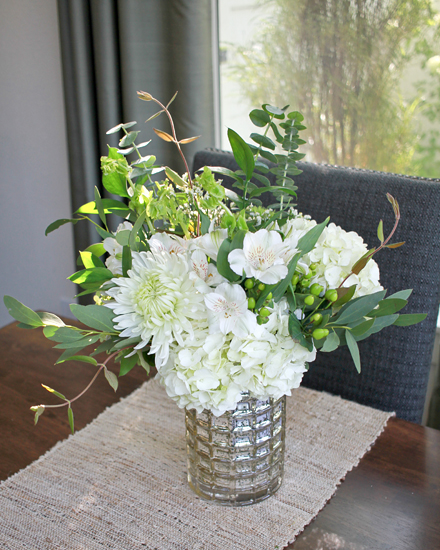 This vase is made from mostly purchased materials with stiff stems, but I added some of my honeysuckle to soften the lines a little. 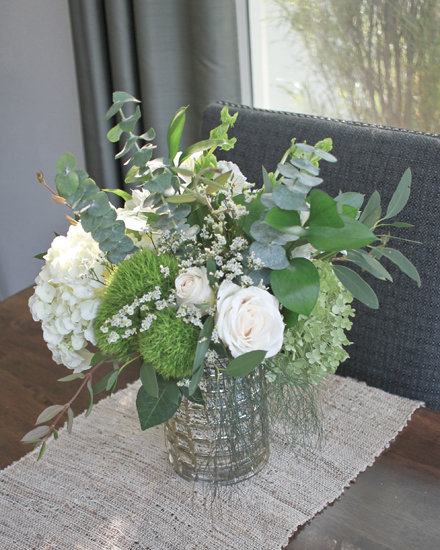 This is the back side of the same vase, with green Trachelium (described as Green Balls on the Costco website) mixed with white Limonium and roses.  The Trachelium reminds me of something from a Dr. Suess book.  I lean toward a 'meadowy' style and the Trachelium feels more modern, so it's not my favorite.  I also included a homegrown 'Annabelle' hydrangea, ripened to green, and some bronze fennel leaves. 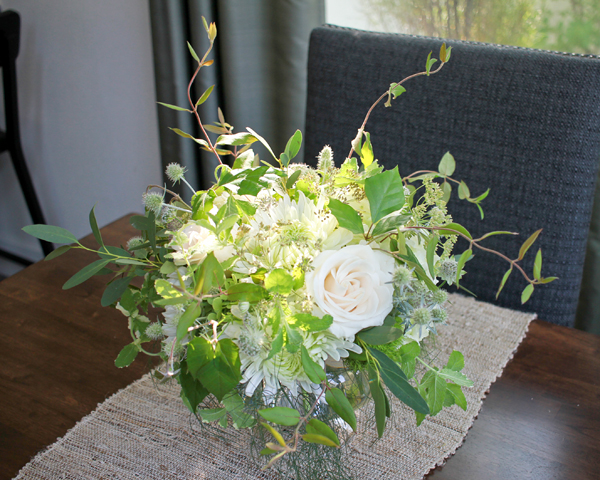 This low pedestal vase was looking rather boring when it was just packed with white flowers, so I started adding greenery and may have gotten carried away.  I even trimmed some German ivy (Senecio mikanioides) from a houseplant and tucked it in. 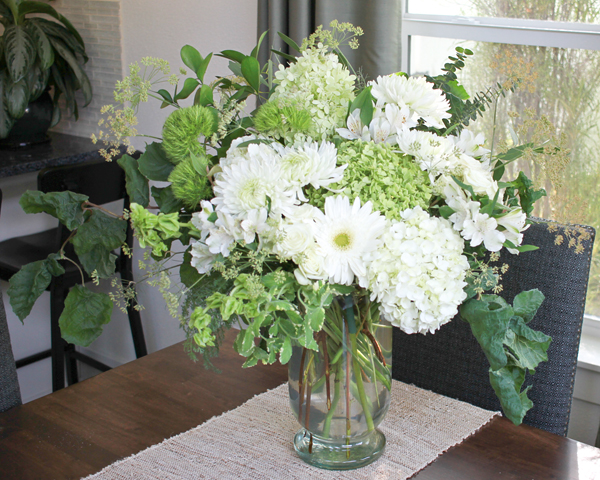 A final tall vase includes my favorite contorted filbert branches as a base as well as some variegated pineapple mint at front.  I just love the softness added by the homegrown materials.