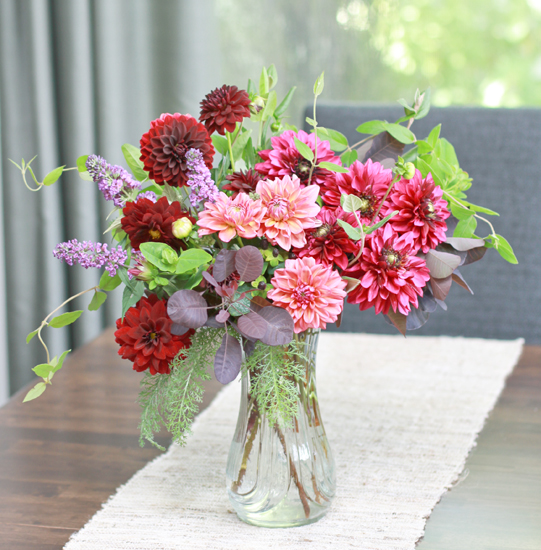 My dahlias are still going strong, though the countdown is on until frost takes them out.  We often get frost in the first half of October, but meanwhile I'm enjoying the dahlias in the garden and in vases.  This arrangement features 'Arabian Night,' 'Great Silence' and 'Purple Haze' dahlias.  For foliage I used viburnum, yarrow leaves, purple smoke bush and honeysuckle. 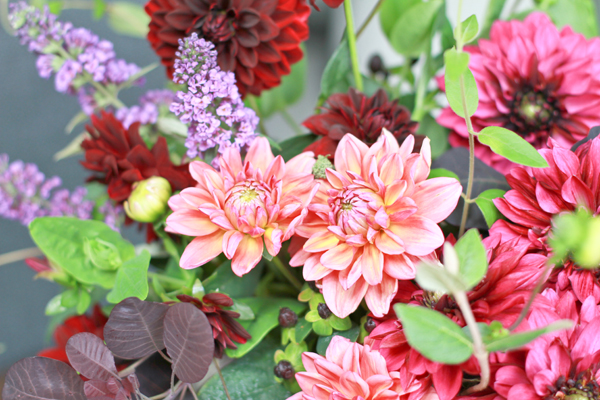 I dug up most of my dahlia tubers from last year and tried to store them in the garage over the winter.  I was unsuccessful and they all dried up, but one 'Great Silence' tuber was forgotten in the ground.  We had a mild winter for Zone 6 and somehow it survived and sprouted this spring.  Here are its blooms at center, along with violet spikes from 'Blue Chip' butterfly bushes and hypericum berries that have matured from peach to black. 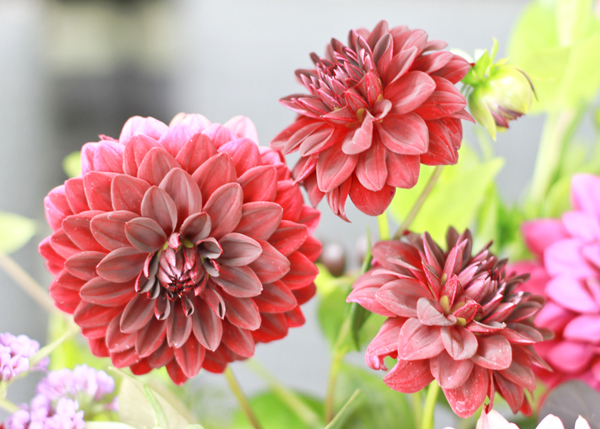 'Arabian Night' was my first dahlia to start blooming and it has been prolific.  I have five plants that are slowing down on blooms since I haven't been feeding them regularly, but I fertilized them this week and hopefully they'll flush out again. 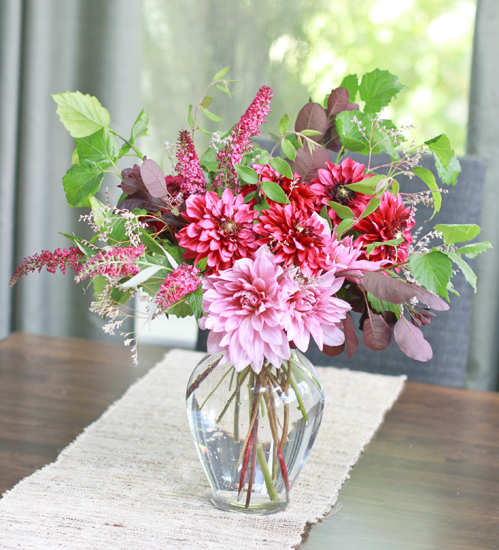 This second vase includes more 'Purple Haze' plus some larger dahlias that were labeled 'Cafe au Lait' but are obviously not that.  The stems are short so I had to tuck them at the base.  I also used 'Miss Molly' butterfly bush spikes, German statice, purple smoke bush and viburnum stems. 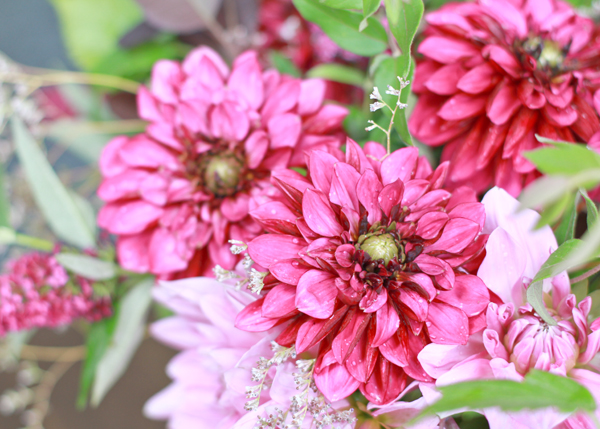 Here's a closeup of 'Purple Haze.'  I have four of these this year and they started blooming after 'Arabian Night,' but they've been blooming machines ever since.  The leaves are nearly black and the plant is compact, so it's a nice addition to the garden.