A few months ago I woke up in the middle of the night in a cold sweat with the awful realization that the creeping mint (Mentha requienii) I had planted around my flagstone path was going to take over the entire garden.  My husband got a good laugh when I told him the next morning.  No monsters under the bed in my nightmares, just runaway mint.  Scaaaaary.  Anyway, the original section of mint I planted a couple of years ago reseeded up to several feet away and kept coming back even though I had dug it out.  I paid my kids to dig up all the little clumps of mint from the backyard path so we could try something else.  It was a good thing I thought of this just a couple of months after planting the mint, so it hadn't established itself very well yet and was easy to remove.  I had heard of blending moss with buttermilk in the blender to spread it (see an example here), so I decided to try it.  Above is the moss buttermilkshake in process. 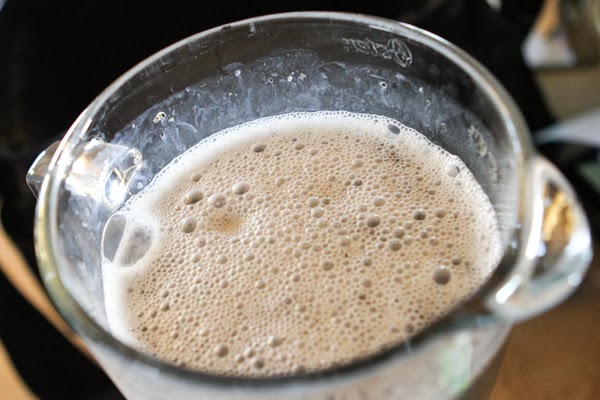 Several friends were generous enough to let me dig moss from their yards to use in my project.  Because I had such a large area to spread with moss, I mixed one part water with one part buttermilk and threw several clumps of moss into each batch.  The buttermilk is acidic and creates a good environment for the moss to start growing.  After blending for a few seconds, the mixture looked like this.  Yummy.  My blender didn't seem to have any damage afterward, even though I didn't get all of the bark, dirt and rocks out of the moss clumps before blending them. 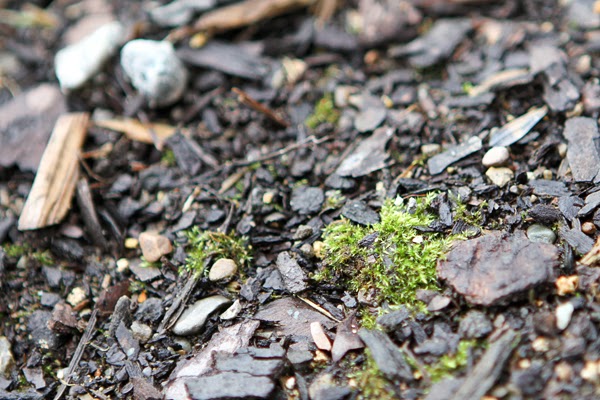 I read that blending up the moss stimulates it to start growing, as long as it gets regular moisture after being spread.  I made many batches and dribbled them all around the flagstones in the backyard path.  After a few weeks, the moss began to grow as you see above.  It was good that I tried this in the fall, when temperatures were cooler so it was easier to keep the area moist.  I kept the sprinklers watering regularly even after the first light frosts. 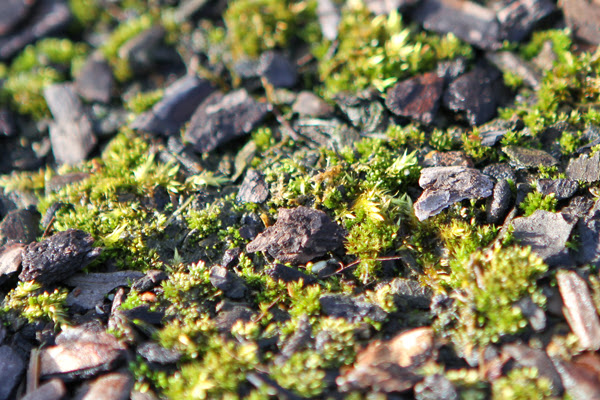 The moss has continued to grow whenever it warms up above freezing.  Many areas of my flagstone path get too much sun to keep moss happy in the summer.  I'm thinking of digging out the moss from the cracks in the sidewalk in front of our house to spread in the sunniest areas, since that type of moss grows in full sun.  Maybe it will work, maybe not.  Eventually my trees will get large enough to shade the path for at least part of the day, but even then some areas might be too sunny.  I'll keep evaluating and see if I need to think of something else. 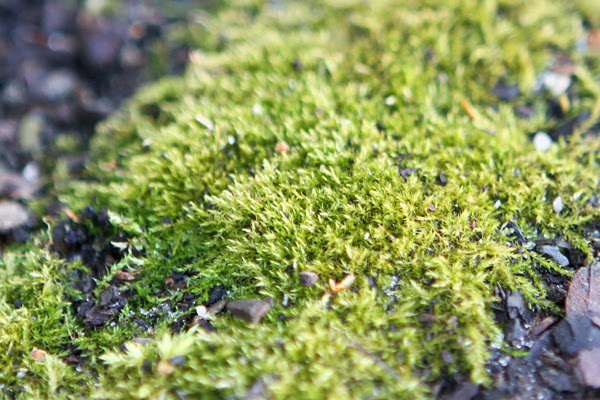 Here is an area that has filled in well.  A friend warned me that the moss in her yard grows all over her flagstones and has to be cut back periodically.  I was hoping to avoid that, but it seems that all groundcovers tend to take over flagstones eventually.  I feel better about the moss than the mint, though.  I still have peppermint and spearmint in my garden, but they are safely enclosed in pots.  No more runaway mint nightmares for me!