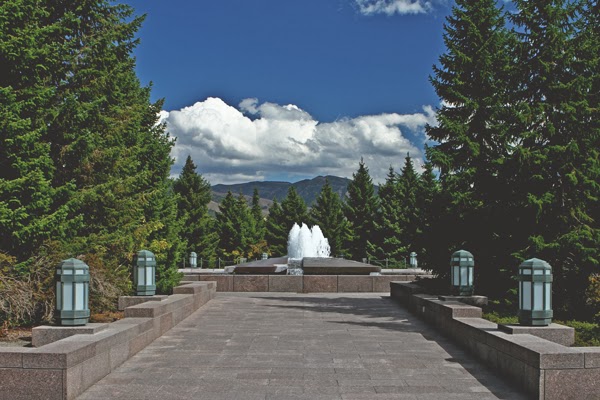 I am finally posting photos of the LDS Conference Center rooftop garden that I took while visiting Salt Lake City in September.  This is one of the fountains on top of the roof. 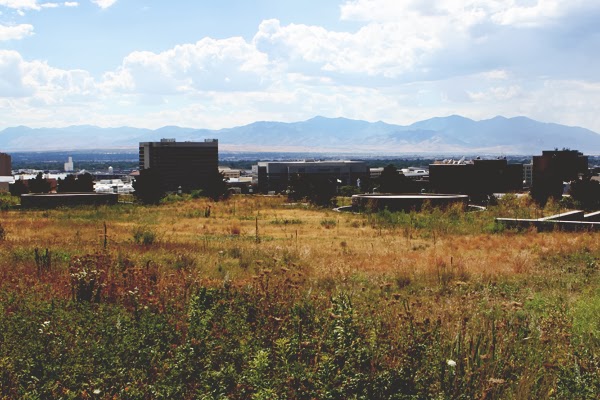 It's hard to believe that this meadow scene is located several stories high on top of a huge building.  Instead of using regular soil, which would be too heavy, these gardens are planted in Utelite.  Utelite is composed of expanded shale aggregates that are lightweight enough for rooftop use. 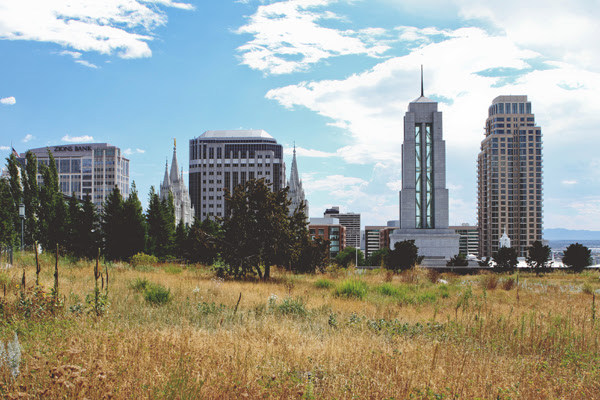 Here is the view facing south.  Despite being irrigated each morning, the intense summer heat up on the rooftop keeps the garden pretty dry.  We were told that there were many more flowers to see in the spring. 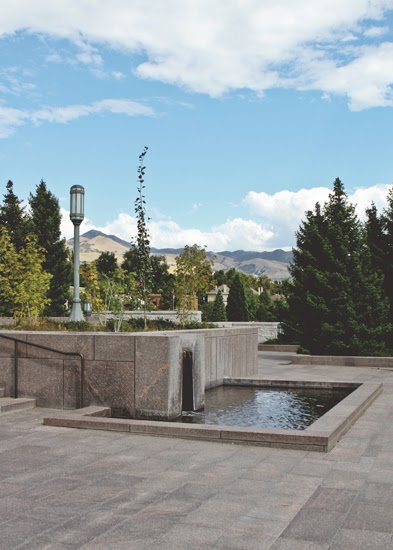 I wanted to jump into this pool and cool off, but of course we didn't do anything like that.  According to weather.com, Salt Lake City summers average 6 or 7 degrees warmer than Spokane.  Their winters are warmer as well, which would be nice this time of year. 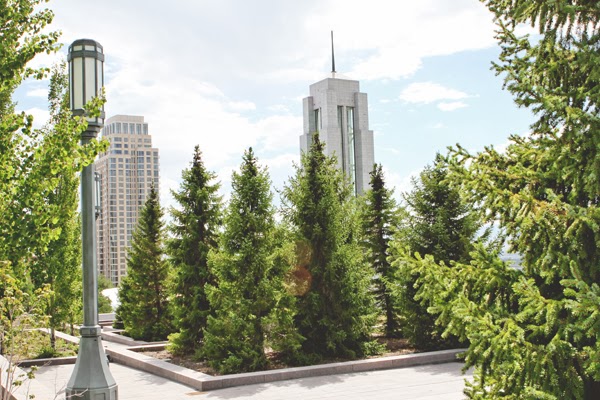 The conifer trees were doing well, but the groundskeepers who guided us said the quaking aspens and other trees have struggled up here.  The relatively thin layer of Utelite soaks up the heat and some plants can't handle warm roots. 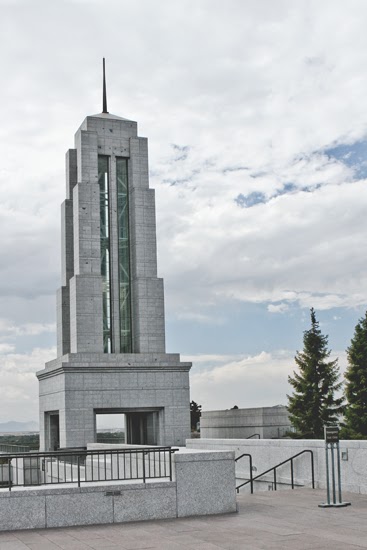 A waterfall flows down the side of the building from beneath this tower. 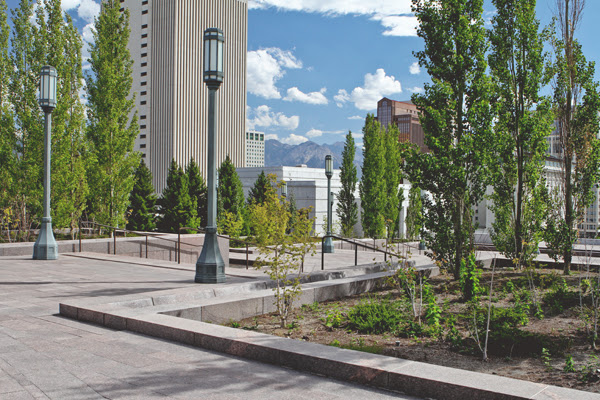 We were told the summer of 2013 was the hottest summer on record in SLC.  The plants down around Temple Square didn't seem very stressed by the heat, but there are many large shade trees to moderate the temperature down there.  Up on the rooftop was a different story. 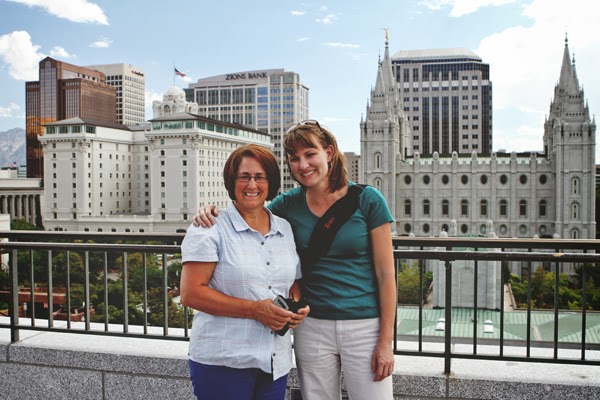 And here is a shot of Marilyn and me.  We had a great time together on our trip, and I treasure the friendship we've developed while working together on the Spokane Temple grounds for several years.  She is really good at organizing people to get the work done, and I get to help organize the plants.  It works out well.